Wireless Charging: It’s all about the standards 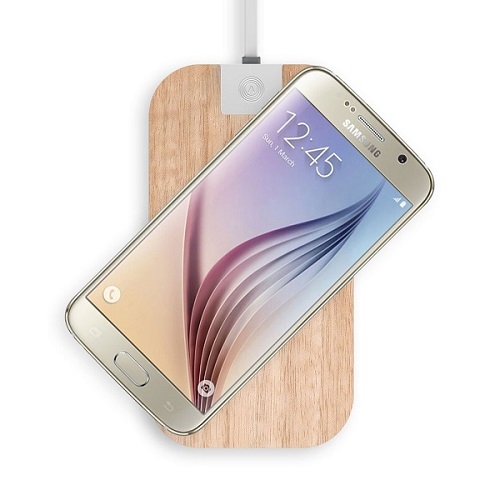 There are fewer feelings that leave you with more of a pit in your stomach than realising that you’re running out of power for your mobile gadgets. It’s especially marked for your smartphone, because it’s not only a pocket computer, but also pocket communicator, camera, music player and plenty more besides. There’s any number of battery packs you can buy to top up your smartphone, from cases to outright battery packs, and for the most part they’re a simple way to keep your phone topped up.

Most smartphones will, with only moderate use, last an entire day on a charge, but that’s presuming you remember to plug them into a charger before you head to bed each night. That’s a fiddly process, unless you’re fortunate enough to own one of a number of handsets that allow for wireless charging. Wireless charging is simple and easy to operate, as it involves nothing more than a compatible handset and a charging pad. Drop the handset onto the charging pad, and power starts to flow quickly and safely to your handset.

There are some catches, however. There’s a modest matter of power efficiency — wireless still isn’t quite as efficient as a direct cable connection — and there’s the matter of competing standards.

There’s a few outliers, such as Powermat, but the two key power charging standards that are fighting for the wireless charging future are Qi and PMA. PMA — it stands for Power Matters Alliance — has some large name backers, but it’s currently somewhat outdone in the practical implementation stakes by the Qi (pronounced “Chi”, after the Chinese word for life force) standard, which comes from the competing Wireless Power Consortium, backed by Logitech, Sanyo, Samsung, LG, Motorola and many other large names in the tech space. To date, the majority of wirelessly charging devices, such as the recent high-end Samsung Galaxy S6 or most of the upper tier Nokia/Microsoft Lumia devices have adopted Qi as their standard.

The nice factor with any Qi device is that because it’s a standard, any Qi charging plate will charge any Qi-capable mobile device, even if you mix and match suppliers. Right now I’ve got an official Samsung Qi charger on my desk, and while it’ll charge the S6 quite nicely, the same would be true for any other Qi gear I may use in the future, although sometimes finding the “sweet spot” to place your gear on a charger can take a little trial and error.

Because you don’t have to change wireless charger as long as you stay within the standard, it also means you can accommodate plenty of differing Qi gear with the same purpose. The “official” Samsung Qi charger I’m using right now is quite fancy, but it does the same essential job as some of the cheap Qi chargers I’ve used in the past. That also allows for a variety of charger shapes; while rectangles the size of most smartphones are quite common, you can also get Qi chargers that are entirely circular, cutting down on desk clutter.