Would Android apps tempt you to buy a Chromebook? 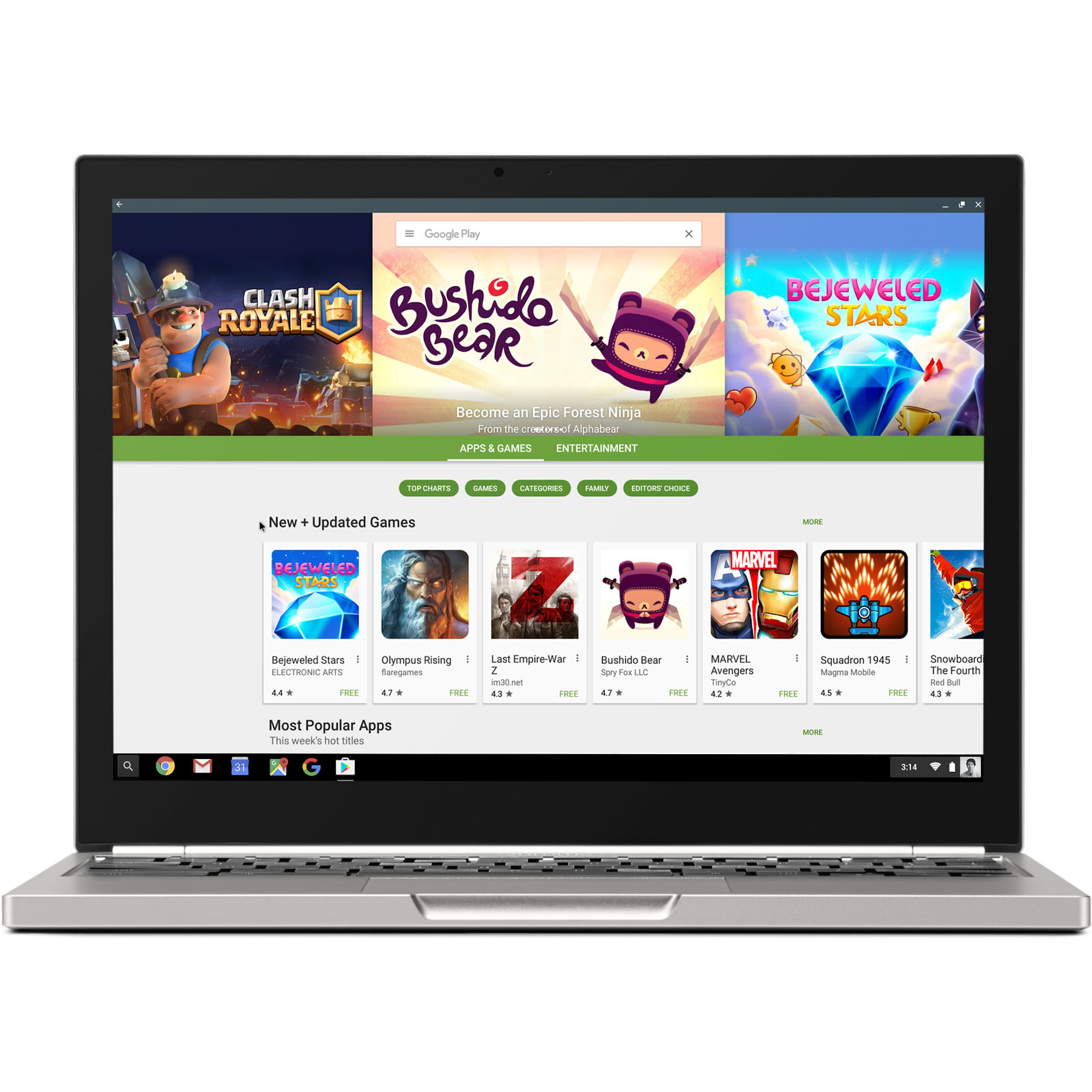 For a number of years now if you’ve wanted to buy a laptop, you’ve had three choices. Windows still utterly dominates the local market at every price point, while Apple’s Mac lines — the MacBook Air, MacBook and MacBook Pro play more strongly in the premium space, at least in pricing terms.

The third option, although nowhere near as common in the Australian context, are Google’s Chromebooks. You’re probably familiar with Google’s Chrome browser, because it’s widely popular. The easiest way to explain Chromebooks is to say that they use Google’s Chrome browser essentially as the entire operating system. That means that while they do usually have very limited local storage, the focus is on cloud-based storage focusing around Google’s own applications. Google Docs and Sheets aren’t as powerful as Microsoft’s alternatives, but for lighter use they’re definitely adequate for most uses, and the ability to auto-save online (as long as you have local Wi-Fi to connect to) can definitely save you from data disasters.

Chromebooks are usually inexpensive — in the range of $200-$400 or so — with low power processors and small quantities of onboard storage, because they don’t really need much in the way of onboard grunt. They’re also limited in terms of applications, because what they can run is essentially limited to applications that run in the Chrome browser. There’s no direct Photoshop or Microsoft Office to speak of, although some of Adobe and Microsoft’s online applications may run — as long as they’ll run in Chrome already, that is!

Google’s latest pitch to make Chromebooks more attractive has been to announce that they’re going to make Android apps — the type that run on your smartphone or tablet — able to install on Chromebook devices. It’s a bold step that will instantly increase the software utility of Chromebooks, because while there are many Chrome extensions that can act as apps, they’re dwarfed by the number of Android applications already available. At a stroke Chromebooks gain countless music, image and document applications, not to mention games, although whether the lower power processors on most Chromebooks can handle the higher power requirements of some applications remains to be seen.

While Chromebooks aren’t massively common in Australian stores, they’re already a presence overseas, with recent US sales figures suggesting that they’re outselling Mac laptops for the first time. In some ways that feels like an awkward bit of sales data, because there’s no such thing as a $200 Mac laptop, nor is there likely to be.

Google’s treading relatively carefully in terms of making Android apps readily available, with only a developer version of the software available on a limited number of Chromebook devices for now. Over time, though, it plans to more aggressively bring the Google Play store to the Chrome OS world, and obviously make Chromebooks a more compelling prospect.

As always, whether a Chromebook is going to be suitable for you depends on your usage. If you fancy a device with minimal upgrade pushing — Google pushes all updates live to Chromebooks as soon as they’re available, and there’s relatively little concern around viruses or malware on Chrome OS as yet — and your needs are relatively modest it could well be a good fit. If you’re already an Android user, it could be very good fit indeed.