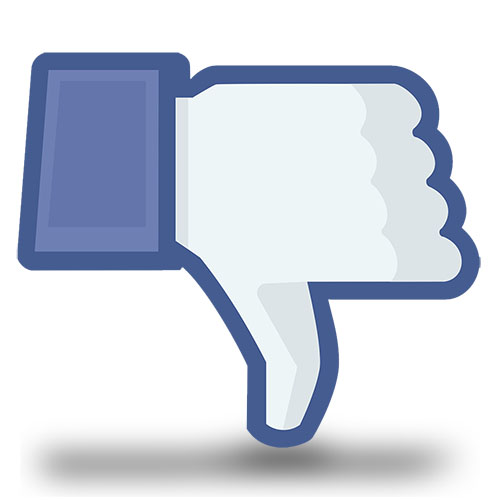 One of Facebook’s defining characteristics has been the ever-present “like” button, a simple tool that allows you to assert your opinion regarding a shared snippet of news, thought or link, although only in the positive. Facebook also uses likes for its own algorithmic purposes, because if you like a particular individual’s post, it’ll show you more posts from that person, and if you like a particular brand that advertises with Facebook, you can bet that the fact of that like will be used to push that brand to others in your Facebook friends list, with your approval of the brand front and centre.

There are issues with the like button, however. For a start, it’s led to an entire industry of “fake” likes, wherein it’s feasible to pay sums for large armies of mostly irrelevant Facebook accounts to “like” a given post, page or service in order to appear significantly more popular than they actually are. Facebook itself isn’t a fan of Like farming style activities, because its immense value is ultimately derived from the value of the data that the users — that’s you and me — provide to it in return for the Facebook service itself.

There’s another issue at play with the like button, however, and that’s the fact that while it’s become something of a cultural meme in its own right, it’s rather limited in the range of sentiments it can actually represent. Is it appropriate to, for example, hit the “like” button when somebody in your Facebook list announces a divorce or untimely passing of a family member? Probably not, but if there aren’t words to say, the Like button is all you’ve got. Dislike would seem like the appropriate simple click mechanism there, and it would be in line with other services such as YouTube that already offer a dislike function.

Facebook CEO Mark Zuckerberg recently addressed these criticisms in an online live streamed Q&A session, but he wasn’t notably a fan of implementing a dislike button per se.

“A lot of times people share things on Facebook that are sad moments in their lives. Often people tell us that they don’t feel comfortable pressing ‘like’ because ‘like’ isn’t the appropriate sentiment“, Zuckerberg said.

However, having admitted as much, he also watered down suggestions for a dislike button, citing worries that it could turn quite nasty if used for disparaging purposes. “That’s not something that we think is good for the world” he said. “The thing that I think is very valuable is that there are more sentiments that people want to express. “We need to figure out the right way to do it so that it is a force for good and not a force for bad in demeaning the posts that people are putting out there.”

All of which is couched very much in user terms, because that’s what Zuckerberg was addressing. What’s unspoken, but undeniably true here is that Zuckerberg and Facebook would be nervous about any kind of negative tag being able to be put on advertiser pages, because again that’s how Facebook makes its money.

It’s an interesting area, however, and one that clearly Facebook is examining in some detail. You can obviously leave whatever kind of text message you like on any Facebook post, but is there a quick and simple vote/affirmation/denial type feature that would make sense to you?