Yosemite is out, but hold off on updating 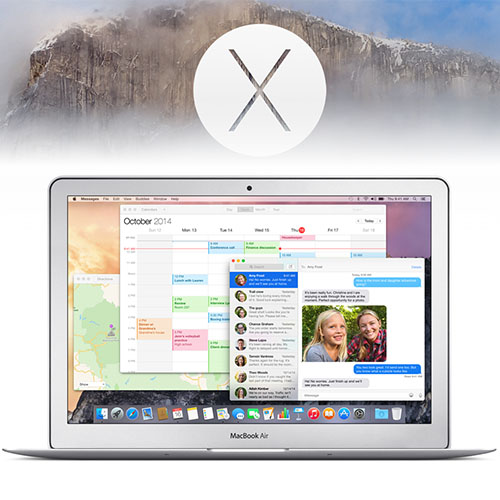 Apple announced a bevy of new iPads, iMacs and Mac Mini computers recently, as well as finally making the latest update to its desktop/laptop operating system, Mac OS available to every Apple customer. Mac OS X 10.10, commonly known by its codename “Yosemite” has been in beta for some time, but now it’s available to anyone with Mac hardware capable of running it. Essentially speaking, if your Mac can run Mac OS X 10.9 (“Mavericks”) then you can run Yosemite, although predictably older hardware will run a little slower than newer hardware.

Best of all, like previous Mac OS X releases for a while now, it’s completely free. All it’ll cost you is download bandwidth, although here you will need some patience, as it’s a 5.09GB download in total, so not one you should be doing from a mobile connection unless you don’t like money all that much.

Mavericks laid a lot of the groundwork for Yosemite’s new headline features, which extend beyond the flattened and very iOS-style visual interface. The Spotlight search feature is now a great deal more powerful, scraping not only through your local storage but also its dictionary, web searches, the Mac App store and even news headlines. Searches will auto-fill as you type to save time as well. Mail has been reworked to allow for Apple iCloud storage of large attachments if you need to send them with 30 day expiry on files, while Apple’s own Safari browser has been rewritten to be faster and leaner.

If you’re an iPhone or iPad user there’s another very useful feature on board Yosemite in the form of Handoff. When you’ve got an iPhone or iPad sitting in the same Wi-Fi network as your desktop Mac, they can use a range of applications to share files as you work on them. So if you start an email at your desk and suddenly have to rush out of the door, picking up your iPhone with handoff enabled will allow you to continue working on that same email exactly as it was on your desktop. Again, this is hardware dependant; older Macs don’t have the wireless chops to handle handoff, but if you’ve got the right combination of phone and computer, it’s very impressive stuff.

So all’s good and fine in the world of Yosemite and everyone should upgrade at the earliest possible opportunity, right?

You might want to hold your enthusiasm just a little bit, unless you’re looking at a Mac system that you’re not entirely dependent upon for work, because like every single new operating system, there are a few bugs to contend with. That’s always the case with any new operating system whether you’re a fan of Mac OS, Windows or any of the numerous Linux or Unix variants. Operating system software is incredibly complex code, and every user will modify it with other software packages and hardware in slightly different ways. Bugs are a matter of fact for any new operating system, and Yosemite is no different. My own Yosemite journey hasn’t been too problematic just yet, and a little smoother than some earlier Mac OS upgrades, but there have still been some issues. In my case Yosemite picked that Amazon’s Kindle software wasn’t initially compatible, although that was fixed by downloading the Mac App store version rather than the Amazon version. Some aspects of the OS are very quick on what is an older iMac system, while others are beset with a lot of shut-up-and-wait spinning beachball action.

So what’s the sensible path to take? If your existing Mac is humming along fine and you don’t think you’ll want or need the new features, there’s no real rush to upgrade. Apple maintains support for previous Mac OS versions for some time in terms of patches, and it might be prudent to wait at least until Mac OS 10.10.1, whenever that lands, to squash some of Yosemite’s more obvious bugs. As with any new OS, there are new toys to play with — but a little caution could save you some operating pain as well.