You can get Windows for free, but not without catches. 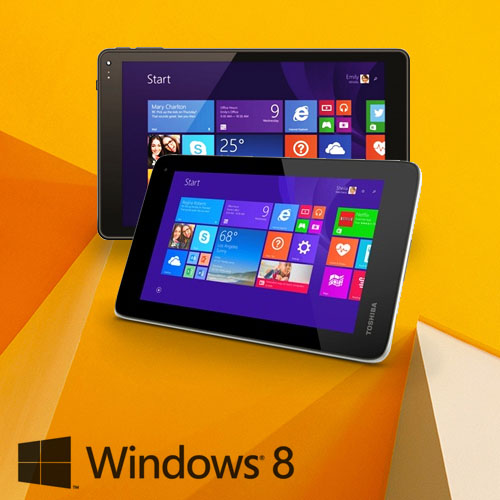 While operating systems such as iOS (which runs iPads and iPhones) and Android (which runs on most other mobile devices) gather a lot of headlines, the cold reality is that the vast majority of the world’s computing resources run on one operating system exactly, and that’s Windows. Like it or loathe it — or, frequently, a little bit of both depending on how it’s treating you on a given day — but Windows is effectively the world’s “default” operating system.

It’s also not a cheap operating system; if you were to build your own PC and buy a licence for Windows 8.1 at the time of writing, it’d cost you $149 outright, or a little less for certain specialist groups such as students.

But what if you could get Windows for free? I’m not talking of travelling the piracy seas — software developers, big or small deserve to get paid — but if Microsoft were to give the operating system that’s been the foundation of its fortunes for nothing.

It might sound fanciful, but this is the same company that’s recently been giving away Office for iPad for the princely sum of nothing.

As with Office for iPad, there is a catch to take into consideration, and that’s the fact that while you can (technically) score Windows 8.1 for absolutely nothing, you’re not the one scoring the bargain exactly. Microsoft’s Windows 8.1 With Bing, which might just be its longest operating system title ever is a version of Windows 8.1 that’s offered to computer manufacturers, traditionally known as OEMs (Original Equipment Manufacturers) for absolutely no cost at all.

The only difference between Windows 8.1 and Windows 8.1 With Bing is that Microsoft’s own in-house search engine, Bing is the default option on Internet Explorer. If you’re a fan of Google, or DuckDuckGo you can change it back easily.

So what’s the real catch, I hear you ask? Microsoft’s not exactly throwing away all those tasty Windows profits for no real reason. It’s well aware that its strength lies in being that exact “default” operating system, and with that in mind it doesn’t want to cede the very low cost computing market to devices such as Google’s Chromebooks or even low price Android tablets.

As such, OEMs can gain “free” access to Windows 8.1 With Bing, but only if they’re shipping them on devices with very low-end specifications. When you buy a Windows PC or Tablet these days, you’re not actually buying installable software that you can shift over to another machine, so the copy of Windows 8.1 With Bing that comes with a low cost tablet or laptop — such as the HP Stream, which I’ve discussed before — will only work on that laptop or tablet.

I’ve spent some time this week with a couple of very low cost Windows 8.1 With Bing tablets; the Toshiba Encore Mini and the Pendo Pad 8, both of which carry an RRP of $199. Bearing in mind that “official” RRP for full Windows at $149, they might appear to be absolute bargain machines, and in a pure software sense, they are.

The Toshiba Encore Mini is the smaller of the pair with only a 7″ display screen, while the Pendo Pad 8, as its name suggests, has an 8″ screen. The thing with either device is that just about everything else is a compromise. The Pendo Pad’s display screen is noticeably better than that of the Toshiba, but it’s got more inbuilt ports and a standard phone-style charging port, although no charger is supplied onboard. Both tablets come with 16GB of flash memory onboard, although naturally Windows 8.1 With Bing eats up a whole chunk of that.

Storage with either device if you plan to use them heavily will need to be in the Cloud, but the key thing to bear in mind is that both run on low-power Intel Bay Trail processors, which means that they’re often quite sluggish with even the simplest tasks. Battery life is also very mundane whether you think of them as tablets or tiny laptops, and neither has excellent touch responsiveness. But that’s what you get when you pay less than $200 for a tablet, and a reasonable number of compromises is to be expected.

Microsoft hasn’t made clear whether it’ll continue the “Windows with Bing” experiment when Windows 10 launches sometime next year, so it’s feasible that these cheap Windows tablets may be here today, gone tomorrow. If you absolutely must have Windows for some business or personal reason, and can live within some significant storage and performance compromises compared to a “full” laptop or tablet, then there’s some value here — even though you’re not really getting Windows for “free”.