Add a second monitor to double your productivity 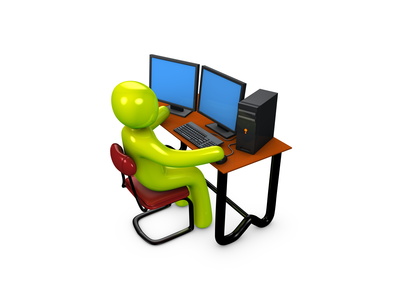 Laptops haven’t entirely taken over the workplace, although the sales figures versus desktops do suggest that they’re now comfortably the majority. A laptop brings with it the prospect of portability, but it also comes with its own screen. But have you ever considered expanding that screen real estate?

In all but the most cutting edge cases — or the largest laptops — the amount of screen real estate on offer on a laptop is relatively constrained, which means you’ve got to do lots of flicking between application screens, rather than having all the information you need at your fingertips. Once you transform to working in a multi-monitor setup, it’s surprising how quickly you start to view it as “normal”, and begrudge being out of the office with only your notebook screen. With external monitors available for only a couple of hundred dollars, it’s also a relatively inexpensive way to expand your workspace and make more out of your PC or Mac.

There are some catches to be aware of, however. Depending on the age of your system, you’ll either be looking for a monitor with a straight HDMI input (the same as your flat panel TV), or possibly either a DVI or VGA connection for older computers. Most monitors you’ll be able to buy will support VGA, even though it’s a legacy standard, but not all of them will have HDMI, and some newer systems, most notably some thinner “ultrabook” style units, may only have HDMI as the connection option. You may also have to invest in a Mini- or Micro-HDMI cable depending on your computer’s output capabilities; in the case of a laptop if you’re buying from a retail shop it’d be wise to take the laptop along with you to check. For online purchases, a little research upfront will save you a lot of headaches after the fact. HDMI is more desirable than VGA/DVI, if only because it also integrates audio and offers the best possible signal, but both VGA and DVI can offer a reasonably clean and clear signal choice.

On the software side, most modern operating systems make it quite painless to connect up a second monitor and configure it as an extension of your existing work desktop; Microsoft has an excellent how-to software guide to guide you through the process. It’s not much more complex on the Apple side of the fence, although it will depend on how old your Mac is, as you may be using a Thunderbolt port with an adaptor rather than VGA/DVI/HDMI.