Google will start telling you when it doesn’t know something 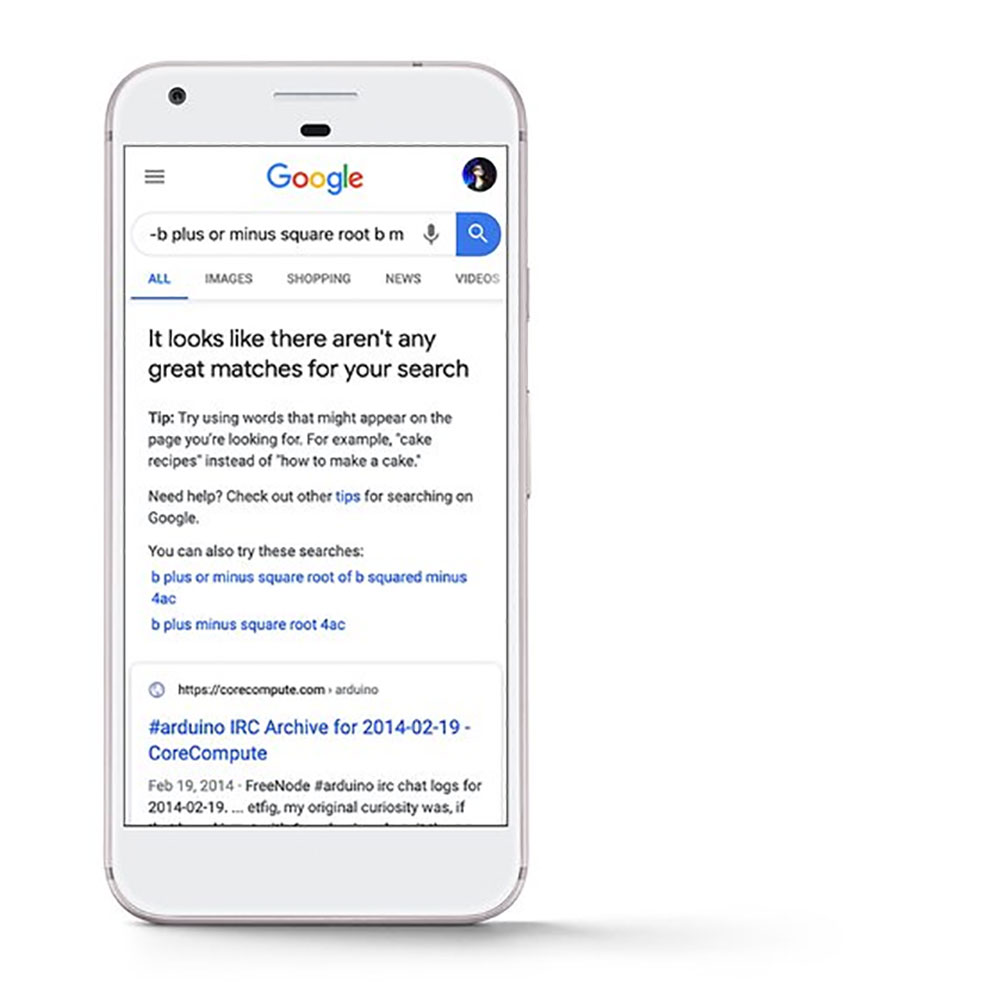 Search giant Google is so dominant in that online discovery space that it’s used by many as a verb. You don’t search online for things — you Google them. Google has some trademark concerns around that kind of usage, but it’s not entirely within its control, what with language being a constantly evolving space.

However, it’s a sign of how much many of us rely on Google simply knowing things that we don’t. That could be quite consequential information in a personal, political or scientific sense, or absolutely trivial matters, like the name of that actor in that movie you remember from a few years ago.

The acceptance of Google’s search algorithms being near-infallible even gave rise to a short-lived online game called Googlewhacking. The idea — and this dates back to 2004 — is that Google’s search is so good that there won’t be a single solitary result for any combination of two standard dictionary words without quotes. The quotes are needed because Google treats a search for the two words ice and cream differently than “ice cream” in quotes. The latter will only pick results where those two words are directly next to each other, while not using quotes will return results where those individual words appear at least once on a page. The original Googlewhack site is no longer live, but it’s been indexed on the Wayback Machine if you fancy a look.

Back in 2005 you stood some chance of finding a Googlewhack page, but in 2020 the pickings are very slim indeed, as Google’s indexed billions more pages and refined its search result system a great deal. It uses everything from its own original link valuing system to weighting mechanisms based on human observation and plenty more besides to try to ensure that its search results are as accurate as possible. This does have the effect of many web sites trying to “game” Google’s results to ensure as high a position as possible, because there’s a lot of research that suggests that most of us barely go beyond the first 2 or 3 links in a given Google search result, once you scroll past the paid positions — and even then sometimes not that far!

It’s also worth remembering that the reason that Google has such a vast trove of information isn’t just because it’s good at building search algorithms. Its suite of “free” applications that you probably use every day — apps like Google Docs, Google Photos, YouTube and plenty more — also work as data slurping repositories, getting not only a picture of what you’re likely to look for next, but also what groups of people do as a whole to guide other search results. If everyone in Australia suddenly Googles “sunscreen”, then it’s probably a warm day and Google can adjust both its search results and its ad placements as a result. It’s a constantly growing and dynamic system that very much relies on a lot of people giving this data to Google for free.

Google, however, doesn’t know everything, and it’s even gone as far as admitting that this is so. In a recent post on the Google Blog, Elizabeth Tucker, one of Google’s product managers detailed Google’s plans to be just that little bit more transparent when it comes to search results where it doesn’t have great confidence in the results. Starting in the US — but undoubtedly set to roll worldwide if Google sees good results in it — it’s going to start prefacing search results where it’s not happy that the results match your intent well with the line “It looks like there aren’t any great matches for your search”, along with links to tutorials on how to fine-tune your Google search queries. You will still get the results Google found — but it’s rather more openly stating that they might not meet your needs all that well.

Naturally, Google can only do this kind of prediction because it’s already got this vast array of language, search and personal data to add into the mix in order to try to discern not only the words used in a search but their likely intent. Somebody searching for “meat pies” is probably hungry, while someone looking for “tile grout” probably has DIY intentions, but that’s the obvious end of the intent spectrum; what Google’s able to do is much more sophisticated than that.