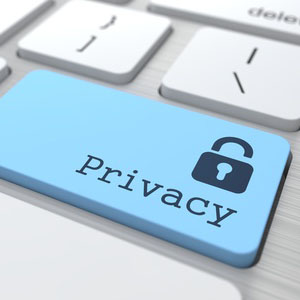 Have you ever browsed from one web site to another and noticed how the subject of one site might become an advertisement on another, especially if the first site involved a search of some kind?

That’s rarely coincidental. There are so many sites out there for advertisers to appear on that it makes a certain amount of sense to target that advertising to those with an interest in whatever it is they’re selling.

Fine for them, but the only advantage you gain from this arrangement are ads that may be slightly more interesting than the standard fare of diet pills, skin care tricks and other spammy advertising that seems to gum up the Internet these days. The disadvantage is that you may well be being tracked all over the web, depending on the tracking arrangements that each site has in place. That can often shift into the intrusive, especially if you had no idea that there was a tracking cookie or similar on a given site.

There are tools on hand to allow you to identify, check and control how these services work, however. Bear in mind that not all cookies (and other tracking mechanisms) are automatically bad stuff. It’s how some social networks allow quick sharing of content, for example. Still, it’s worthwhile at least to know what’s being done behind the scenes of your favourite sites, so that you can decide what site information you want to give up, and to whom.

The Electronic Frontier Foundation has a plugin for the Chrome and Firefox browsers called Privacy Badger. It’s a free download that runs in the background of your browser, checking as third party domains separate to the domain that you visited (such as tracking sites, ad sites and so on) load up. If it notes that you’re being followed site by site by a particular tracker, it blocks content from those sites, although you can get more granular by telling it only to block cookies, block all content or allow everything depending on your own informed decisions.

Privacy Badger is a little different from classic ad blocking plugins, but then there’s a fine line to be trod there in any case. Outside of any site that charges a fee for its content, whatever it might be, most media sites online rely on online advertising to pay the bills, keep the lights on and maintain staff salaries. Use ad-blockers there, and you’re essentially starving those businesses, and in the long run potentially removing them as a source for whatever you’re after online. It’s your choice, but I’d strongly advise caution when it comes to full-on ad blocking software.

If you want even more control than that, the Ghostery plugin for Chrome or Firefox may be to your tastes. It gives you a more complete picture of tracking activities, and oddly enough, it’s run by a company with links to the online advertising community. That’s because it also has an opt-in “Ghostwatch” facility that itself tracks which ads and link types you opt to block, with the theory being that it should enable online advertisers to produce more compelling and less intrusive content.

There’s an obvious necessary privacy step with either of these tools, simply because you have to allow them to watch over the sites you’re visiting in order to assess whether you’re being tracked or not.

The spectre of Heartbeat has brought the issues surrounding online security to the fore, with many of us aware of how important it is to have secure online passwords. It’s time we also started thinking about our broader online privacy as well.