Is the era of the standalone digital camera over? 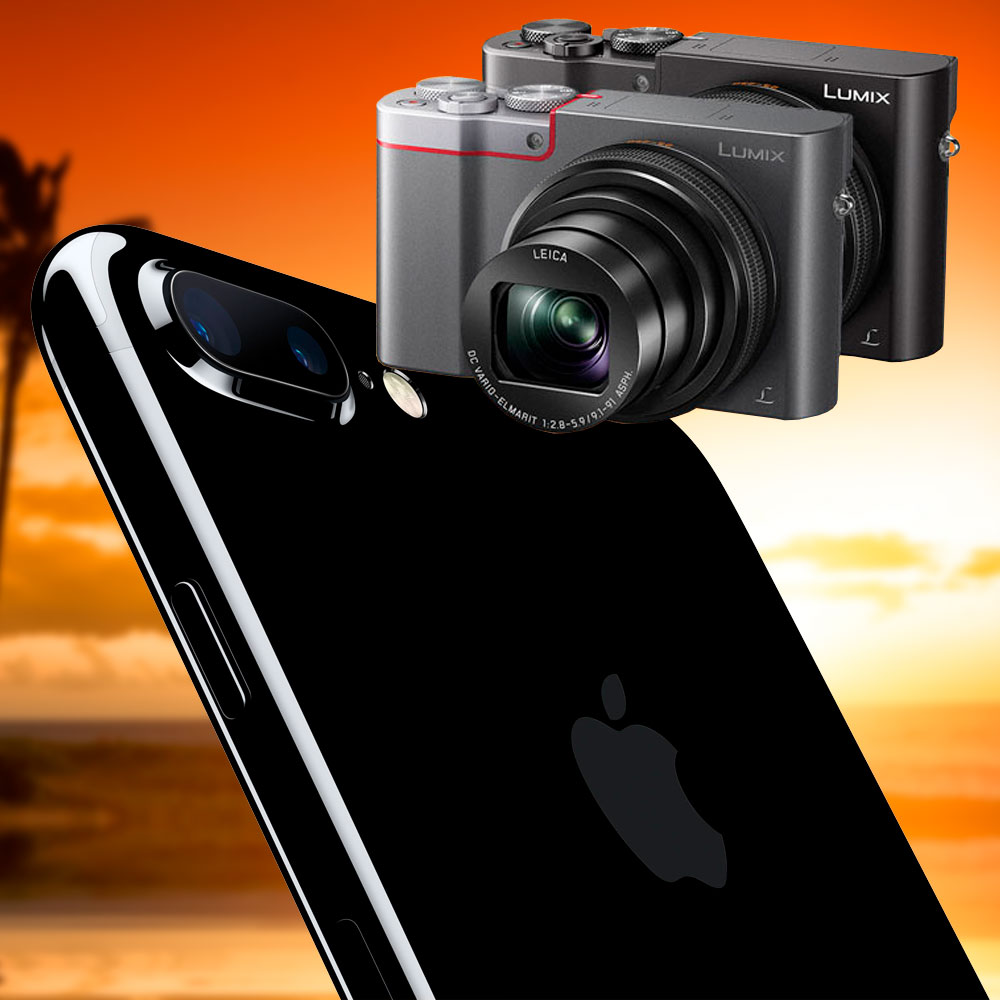 Recently, I took a brief but well-earned holiday to Tokyo, Japan. As a tourist, I wanted to capture some photographic memories, but there you’ve got something of a choice when it comes to how you capture those images. For most of us, the most obvious camera to use would be the one on your smartphone. A camera on a phone has long ago stepped away from being a novelty and into the realm of the commonplace, with many high-end premium smartphones boasting of their visual prowess in breathless marketing prose.

They aren’t aiming at the market that would use a DSLR-type camera, because those are still heavy enthusiast power tools, but they have decimated the market for standalone digital cameras. I was curious to see how I’d adapt if I had both to hand, so I packed a high-end premium smartphone — Apple’s iPhone 7 Plus, to be precise — as well as a good travel zoom camera, specifically Panasonic’s TZ110.

The iPhone 7 Plus sells itself on its dual lens array, with one lens offering a 2x Optical Zoom. You can zoom in on just about any smartphone, but what you’re doing there is digital zoom, where the individual pixels are effectively expanded in size via software. It’s a clumsy solution that in almost every case you’d be better off doing in post processing via an application such as Photoshop Elements rather than trying in the camera. Real optical zooms are rare in smartphones, so it’s a solid selling point for the iPhone 7 Plus.

That being said, the TZ110 features a 10x optical zoom, and what’s more it’s a physical zoom control, which means you can move in distinctly smaller steps as opposed to the iPhone’s single doubling optical zoom move. A zoom that measures in at 10x optical gives you a lot more room to move, creatively speaking.
After a week in Tokyo enjoying the sights, sounds and culture of what is one of my favourite cities, I’d taken a fair amount of photos, and realised that realistically, both approaches still have their place. What I found interesting was in how I used either camera.

The smartphone camera was used more, simply because it’s easier to whip a phone out of your pocket and take a quick snap on a second’s inspiration. It fills that whole maxim about the “best camera being the one that you’ve got with you” rather well in that aspect. The iPhone 7 Plus’ optics are good for a smartphone, and the ability to zoom, even in a minimal way did give me some scope that I wouldn’t have had with another phone.

I expected to simply use the TZ110 primarily for those longer shots, because 10x zoom is enticing. What I found, however, is that the greater effort involved in setting up the TZ110 — I had to pull it out of a bag, power it up, wait, zoom and then focus — meant that when I decided to use it, I tended to spend a little more time in composition than I did with the spray-and-pray iPhone 7 Plus. That’s not so good for those blink-and-you’ll-miss-them moments for which a smartphone is ideal, but some of my favourite pictures from that trip came from slowing down, choosing angles and making more time for each individual photo, which I did more with a camera that was simply a camera, rather than just a smartphone where the camera function is just one of its tricks.

There’s no doubting that standalone compact cameras don’t have the cachet that they used to, and the very cheap compacts that used to be sold in stores are now few and far between. The TZ110 I used was a more high-end device, albeit one typically available a lot cheaper than the iPhone 7 Plus, but it does show that while smartphones have made inroads into these spaces, until we can get better sensors, apertures and especially optical zoom, we’re not likely to see them completely vanish.