Large screen TV or projector: Which is right for you? 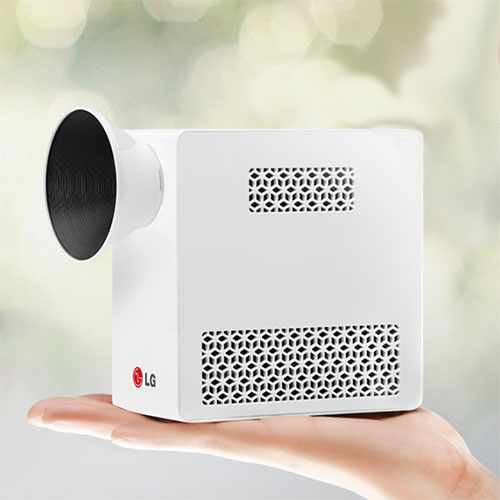 I recently attended the local launch of LG’s range of “Minibeam” projectors, named so because they’re small and highly portable.

LG’s not the only player in this space, but it’s a significant player, and the Minibeam projectors play heavily on their portability and the ease of setup in a variety of environments, from the very tiny MiniBeam PB60G that’s quite literally palm sized through to the more fully featured and traditionally shaped LG MiniBeam PF80G. From the brief amount of testing time I’ve had they seem solid within quite small frames, although as with many launch events, my access to them was in a heavily controlled environment. I’d need more actual independent hands-on time to form a full review opinion.

Still, it’s been a while since projectors were a very large part of the display market, and that got me thinking about the arguments for, or against using projectors in the first place.

It wasn’t that long ago that if you wanted a large display, be it for home theatre purposes, or for presenting a serious business case in the office, you only had one choice, and that choice was a projector. Rooms needed to be dimmed, bulbs needed to be purchased, fingers needed to be crossed. That was back in the days when the humble but incredibly heavy and bulky CRT television was your other choice, and practical size considerations meant that even with their low resolution and high bulb cost, projectors were still the only way to go.

These days, however, you can pick up a large screen TV or dedicated monitor for the kinds of prices that projectors used to command, and often quite a bit cheaper. It’s worth considering, however, your actual usage case for this kind of thing before simply opting for a flat panel, because there are solid arguments for both kinds of displays.

On the TV side, if you’re presenting or watching in a very bright room, a flat panel makes a lot of sense, because they’re significantly less impacted by external illumination, and once you’ve gone through the issues of installation, whether that’s placing them on a desk or having them wall mounted, you’re pretty much good to go any time of day or night. The downsides there are in portability, because even though a 55″ LCD TV is significantly less weighty than its ancient backlit CRT equivalent, they’re still not small and subtle creatures, and naturally enough in flexibility with screen size.

On the projector side, portability remains a key plus, because even bulkier projectors will usually fit into a bag not much larger than the average laptop bag, allowing you to take your presentation (or the movies) with you wherever you go. A projection screen is ideal, but it’s perfectly feasible to use just about any flat display as long as your lighting is right and you can put up with a little bit of colour distortion. That being said, lighting is still a key consideration, because while the technology underpinning projectors has improved immensely since they competed so well with CRTs, it’s still all too easy to wash out a projector simply by shining a bit of sunlight onto it.