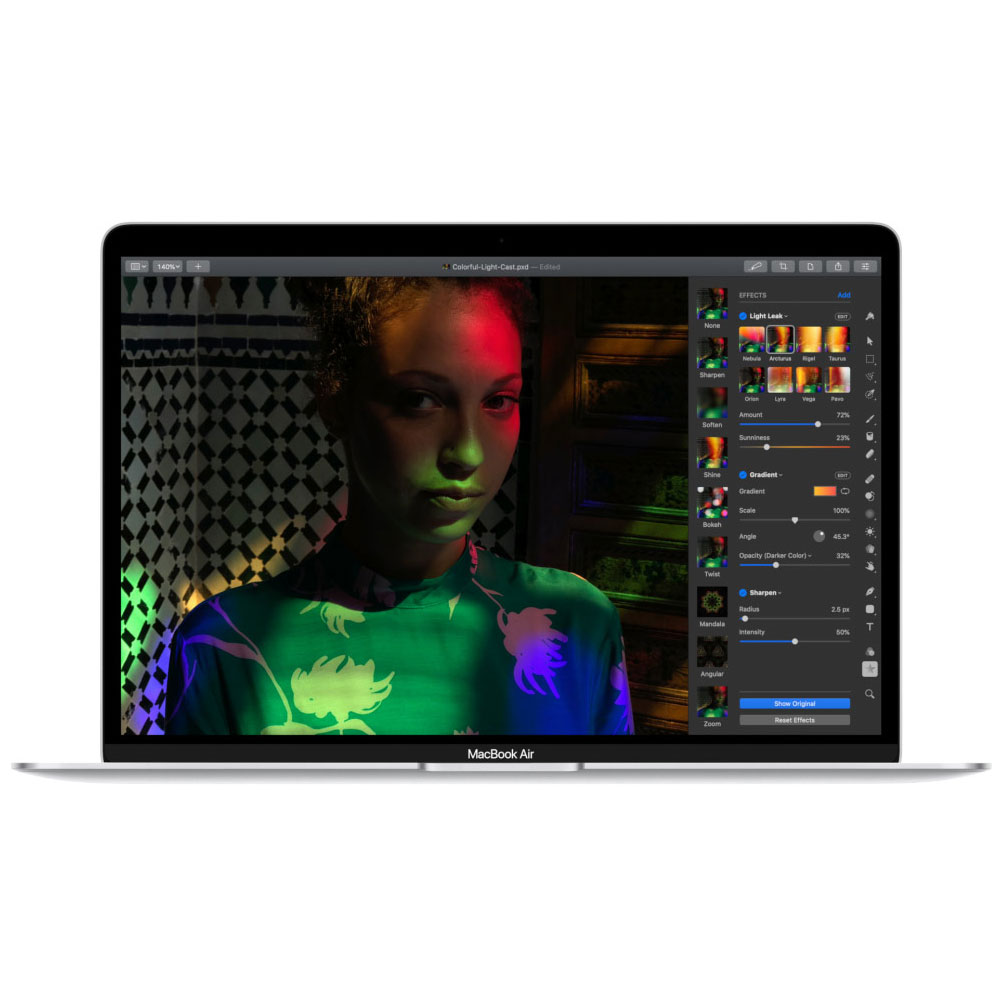 Alongside an updated – and rather pricey in its own right – Apple iPad Pro, Apple recently announced an update to its MacBook Air line of laptop computers. The new iPad Pro is a rather specialised system launching at a very unfortunate time for Apple, but the MacBook Air remains Apple’s play towards the more “affordable” Mac buyer.

Apple being Apple, that’s still at the pricier end of the laptop spectrum, with the cheapest MacBook Air selling for $1,599 with an Intel Core i3 processor, 256GB of onboard storage and 8GB of RAM. There’s also a slightly faster model with a Core i5, 512GB of storage and 8GB of RAM for $1,999, which is actually what I’ve been testing.

That’s still a very solid chunk of change to drop onto any laptop in this day and age, although I’ve long liked Apple’s MacBook Air line for being very portable while still being very solidly built.

The big physical change with this generation of MacBook Air is the inclusion of what Apple’s calling its “Magic Keyboard”. For some years now, Apple’s used very flat keyboard with butterfly switch mechanisms beneath them. They look very stylish, but they don’t allow much key movement under your fingers, which is a huge problem if you’re a touch typist. If you do get small quantities of dust or grit in there – and these are laptops used portably and in all sorts of environments, so that’s pretty much a given – the keys can stick or work erratically, which isn’t good for what are meant to be premium laptops.

The Magic Keyboard – which Apple first installed on last year’s much more expensive 16 inch MacBook Pro lines – do away with the flat butterfly switches and return to a much more traditional scissor switch arrangement for the keys. Apple used to do this on MacBook Pro laptops about 5 years ago, so it’s not so much a new development, but it is a very welcome one. The MacBook Air is a joy to type on, with good spacing between the keys, a responsive trackpad and no sign of Apple’s annoying virtual Touch Bar that you get on the MacBook Pro either.

You are still limited in some key ways – there’s only two USB C type ports for peripherals and charging, and they’re both on the same side, which can get tricky if you’re charging up the MacBook Air and have a chunkier USB C peripheral to plug in. The 13.3 inch display is fine for light productivity work, but at only 1440×900 pixels by default it can look a little cramped if you’ve got lots of apps on the go. It does support higher resolutions, but you’ve got to push it to use them.

In terms of actual power, the newer 10th Generation Intel processors on the new MacBook Air models do a fair job as long as you’re not looking for heavy duty app usage. That, after all is where Apple places its MacBook Pro line of laptops. For most of us, however, the level of power will be entirely appropriate for document creation, spreadsheet juggling and web browsing applications. It’s even feasible to run a few games past the MacBook Air, although with only Intel’s own inbuilt Iris Plus graphics, they won’t run fantastically well. Again, though, that’d be a target for a more gaming-centric notebook from the likes of Dell/Alienware, Razer or Asus.

So, is the new MacBook Air worth your money? Leaving aside the Windows/macOS divide, Apple’s produced some very nice hardware in this generation of MacBook Air. It’s super portable, the keyboard is once again excellent, and my own experiences with Apple’s laptop lines has led me to favour them simply due to durability if nothing else. At this price point there are other options you could consider – but the MacBook Air should definitely be in your pile of worthy contenders.