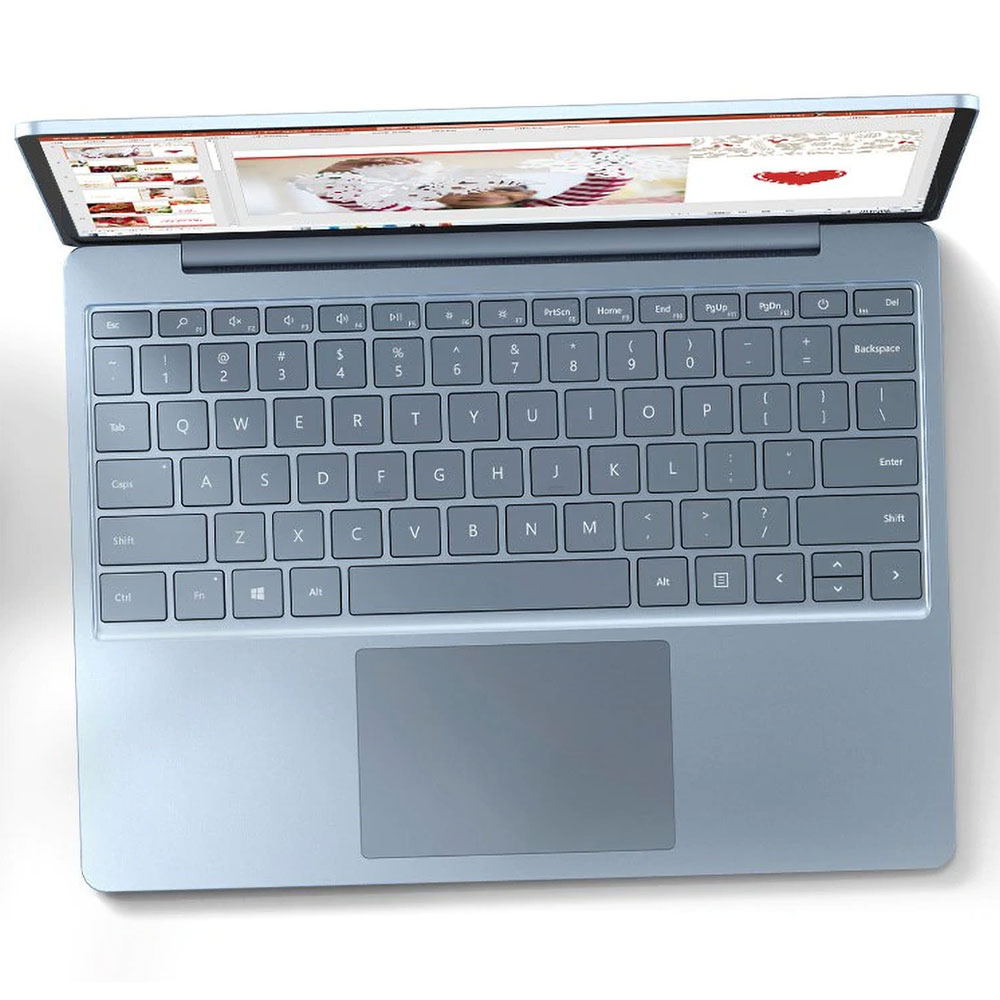 Microsoft’s been selling Surface branded laptops for years now, most prominently to folks who want high end Windows laptops and tablets and are prepared to part with the cash for those kinds of experiences. Ask Microsoft, and it’s not competing with the likes of Dell, HP, Acer or Asus; it’s instead providing reference standards for what a Windows laptop can be.

Or at least that’s the theory, because having spent a few weeks testing out the company’s new Surface Laptop Go, I’m not sure that it’s not having a go at capturing the wider laptop market looking for a more affordable option. Like the existing (and equally more affordably priced) Surface Go lines, the Surface Laptop Go is a smaller laptop with a 12.4 inch display. It uses a 3:2 ratio, said by many to be better for working than the 16:9 ratio you get for more entertainment-based pursuits.

It’s not a terribly configurable laptop when it comes time to buy. At launch it only ships with a single Intel Core i5 processor, and either 4GB or 8GB of RAM. The cheapest model has only 64GB of storage — less when you consider it has to cram Windows 10 in there — while the top two tiers have either 128GB or 256GB of onboard storage. With side USB C and A type ports you could always add an external drive to boost the storage capacity of the Surface Laptop Go.

The Surface Laptop Go sells in three colours; there’s a rather standard “Platinum” silver and a more showy Ice Blue or Sandstone finish available. The one catch here is that the Platinum colour is the only one available in the cheapest 64GB/4GB configuration; if you want Ice Blue or Sandstone you’ve got to jump up to the 128GB/8GB model instead. That’s what I’ve been testing with, and it’s arguably a smart move anyway. Windows 10 can run on 4GB of RAM — but it’s never going to run terribly well, and like many laptops sold today, you can’t upgrade the RAM post-purchase if you work out it’s not enough.

That Core i5 processor is solidly a mid-range option in the ultrabook space, and that does peg the Surface Laptop Go as an everyday computing solution, best suited for students or folks who have to shuffle around a fair quantity of documents; while you can use it for more intensive processes like video editing, it’s going to struggle to handle more complex rendering tasks. That’s also true for gaming, where its integrated Intel UHD graphics chip can’t really fling too many polygons around.

That’s certainly not the cheapest laptop you can get, but it’s fairly priced for both the underlying power and portability, as well as the build quality of Microsoft’s Surface lines.