Setting Up a Media Centre PC

With a few tweaks you can turn Windows into the ultimate entertainment centre.

MCE is built into Windows 7 Home Premium, Professional and Ultimate. You can use it to play CDs and DVDs, as well as music and video files. MCE also lets you watch and record free-to-air television if you add a TV tuner card or USB dongle.

After you’ve run MCE’s initial set-up wizard, in the main menu go down to Tasks and choose Settings. Under General you can set MCE to start automatically with Windows and always stay on top. Go into Visual and Sound Effects to kill off the annoying ping as you navigate the menus. Enable Optimisation to force the MCE interface to restart once a day to improve stability.

Thankfully an MPEG-2 codec is pre-installed with MCE versions of Windows 7, so you don’t need to install separate software to watch DVDs and free-to-air TV. It doesn’t offer native Blu-ray support, but most Blu-ray drives come bundled with Blu-ray playback software, some of which offer MCE integration.

If you encounter stuttering when watching live TV, you could have digital reception issues or perhaps your tuner card is overheating. If you only experience stuttering when watching something you recorded earlier, perhaps while recording something else, then you should consider dropping in a second hard drive just for storing your recordings. If you’re recording to an external drive, you might need the performance boost of USB3 or eSATA.

When it comes to scheduling recordings, MCE can extract the Electronic Program Guide from the digital TV signal. You still might consider a third-party EPG service such as IceTV, which offers extra features such as scheduling your recordings via a web browser or your mobile phone.

MCE also makes a great DVD jukebox. If you rip your DVD collection to the hard drive as .vob files, MCE still lets you navigate the menus and access the extra features. You can add the folder containing your DVD collection to MCE by dipping into Settings, Media Libraries and Movies. MCE’s Movie Library doesn’t always display your DVD collection by default, but you can fix this by editing the registry. You can also install plug-ins such as My Movies for Windows Media Center, which downloads cover art and other metadata.

If you’re downloading video files from the internet, you’ll want to install a codec pack to extend MCE’s format support. Shark007’s Codec Packs are a one-stop-shop codec packs for MCE, with versions available for Windows 7 and Vista/XP. Format support includes DivX, Xvid, MKV, QuickTime, RealMedia and MPEG-2 as well as DirectVobSub for handling subtitles and AC3Filter for playing AC3 and DTS soundtracks.

With MCE configured, next time we’ll wrap up with a look at controlling your media centre from the couch.

Turn Your Computer Into The Ultimate Lounge Room Companion

With a little effort you can turn a humble PC into the one entertainment box to rule them all.

Computers don’t have to be boring beige boxes which stay hidden away in the study. These days you’ll find a range of sleek home theatre PC cases, designed to look at home alongside your television and run whisper quiet.

If you’re not looking to build a new computer from scratch, you can give your existing PC a lounge room-friendly makeover. If your primary concern is noise, swap out noisy case fans for quiet alternatives from the likes of Antec, Zalman and Acousti.

Remember, fans are for cooling and heat is the mortal enemy of PC stability. Silent fans tend to be larger so they can spin slower but still move a large volume of air. Look for variable speed control and take extra care if you’re putting your computer inside an AV cabinet with limited airflow.

Silencing your computer and managing heat is a matter of trial and error, particularly if you’re using a cramped desktop case rather than a roomy tower case. With your case fans muted you might find that the fan on your CPU, power supply or graphics card is now the loudest component. Switching to a quiet or fanless heatsink for your CPU is the next most economical move, after which you might consider a silent power supply.

Keeping the heat down lets the remaining fans in your PC run slower and thus quieter. Tying down loose cables helps improve airflow, as does removing the covers over unused PCI slots. Vibration is another source of noise, so use rubber washers to install the fans, hard drive and optical drive.

Next consider how you’ll connect to your television. Many new processors feature an integrated graphics chip with built in MPEG2/4 hardware decoding, which is important for smooth playback. If you’re looking at Intel’s Sandy Bridge chips, opt for HD 3000 graphics (rather than HD 2000) and a motherboard with an HDMI output.

If you need to add a graphics card for the hardware decoding, AV outputs and extra grunt, you don’t need as much grunt as a high-end gaming machine. Opt for mid-range graphics card with a heat sink rather than a fan, but keep in mind the heat sink might cover the adjacent PCIe slot. Many graphics cards come with AV adaptors for connecting to component, composite and s-video inputs on your television.

If you want to watch and record free-to-air television you’ll need a digital TV tuner. Opt for dual high-def tuners so you can record two shows at once and watch all the new channels (you can downscale them to standard-def if you don’t own a high-def television). Assuming you have a spare motherboard slot, internal TV tuners generally feature stronger tuners than USB sticks. Try to get the tuner as far away from your other components as possible, to avoid interference and heat issues which can cause reception problems.

With the hardware in place, next time we’ll look at configuring the software on your media centre PC. 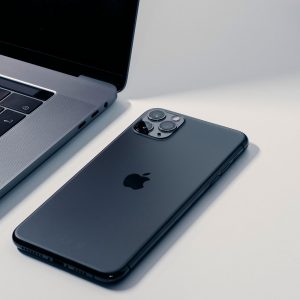 It seems every week we hear about another social media hacking, with some high profile business or celebrity’s Facebook or Twitter account compromised. Unfortunately, you don’t need to be famous to attract the attention of hackers. Everyone is at risk, but thankfully there are things you can do to reduce the chances of it happening