Should You Roar Into Mountain Lion? 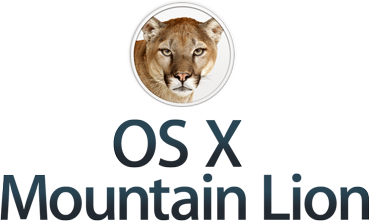 Apple’s latest operating system made its official debut recently, although that’s somewhat a matter of perspective; if you’re a developer you would have had access for some time; it’s in Apple’s best interest to have as many applications work seamlessly with a new operating system, so developers get an “early peek” at the new operating system well ahead of the rest of us.

As with previous releases of OS X, the latest iteration, which officially drops the version numbers in the advertising — but is still 10.8 if you look deep enough — isn’t an expensive upgrade; all you need is an Intel-based Mac (the same as you did with 10.7) and $20.99 to spend through the Mac App Store Mountain Lion can be yours. This highlights one thing that could be a problem for some users; it’s purely a download product, and you’ll need around 4.5GB of capacity to get it all down. That’ll take a while to get down on even the fastest connection, and depending on your ISP’s download allowance, could be a little on the painful side. On the plus side, you’re covered once for all your Macs on the same Apple account, so it’s a one-off charge, and if you save the installer, it’s possible to download once and install many times.

As with most new operating systems, choosing whether to upgrade is a question of balancing features and flaws. So far the flaws that have jumped up in my own testing have been marginal, and even without getting into the specifics of what’s new, the bugfixes over regular Lion have led to a machine that’s noticeably more responsive. Thats’ somewhat to be expected; as with any “new” install of an operating system there’s little digital clutter”¦ for now.

So Mountain Lion is quick and it’s cheap, but that’s not an automatic green tick of approval either, and that’s got more to do with the new features and whether you’ll use them. It’s clear with Mountain Lion that Apple’s merging the look and feel of its computer lines with the phenomenally successful iPhone and iPad operating system, known as iOS. If you love iOS, you’ll really like Mountain Lion, but if you’re not so keen, it can make for a slightly muddled experience.

Likewise, a lot of Mountain Lion’s consumer-facing benefits come from Apple’s iCloud storage solution; if you’re not happy or interested in storing files online there’s less here that’s absolutely compelling. One of the new features, Airplay (essentially video streaming out to the Apple TV set top box), only works with relatively new Macs. Likewise, the new Power Nap feature, which allows Macbook Pro and Air models to download mail and updates while in sleep mode, only works with SSD-based models from the last twelve months.

You’re not risking a lot of cash with Mountain Lion, and this is a trend that it looks like Microsoft is mirroring, at least with its “upgrade” pricing for Windows 8. If you’re talking a mission critical system you should definitely hold off on upgrading, but then that’s always sensible advice. If you’re keen on the new features — and you’re sure that your network connection and new(ish) Mac can handle them it’s a decent upgrade option at a good price.