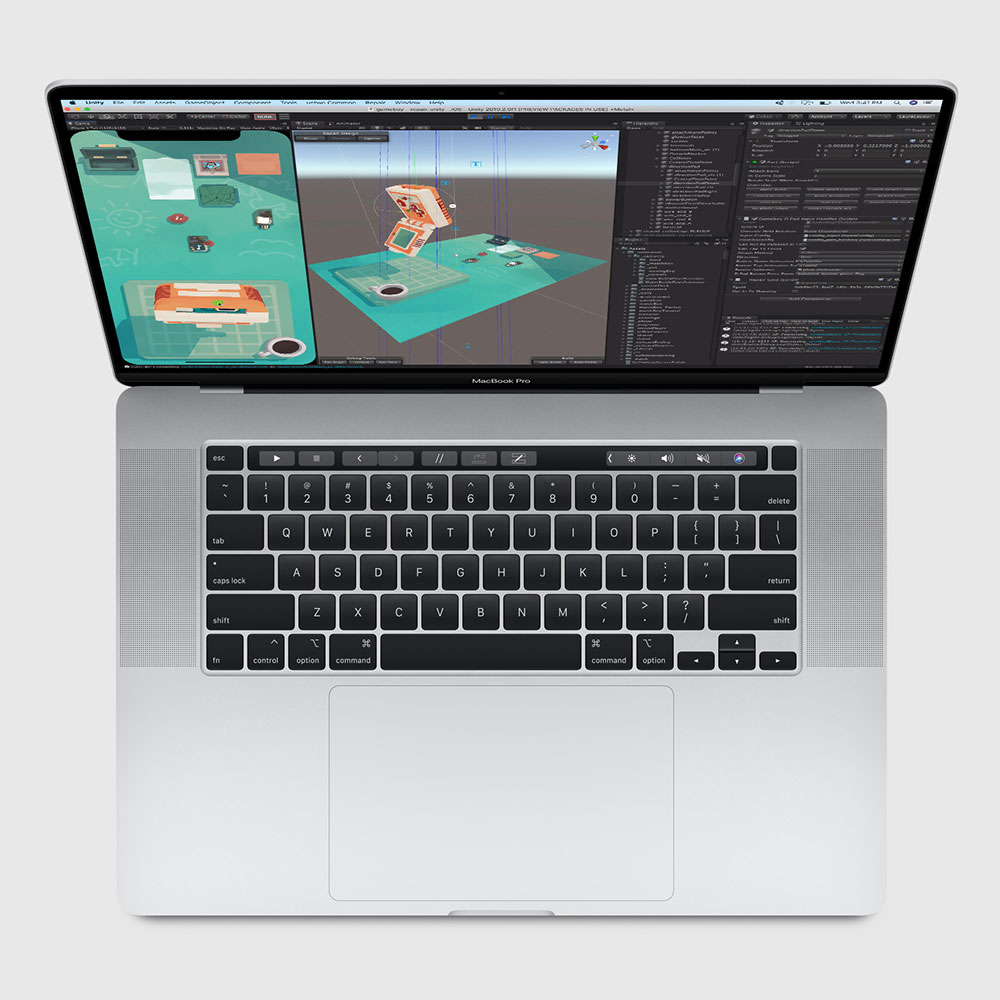 Whilst not much has changed in the new MacBook Pro 2019 16 inch compared to its predecessor, there are a few subtle differences those in the market for a new MacBook will certainly appreciate. If you’ve been waiting to upgrade your trusty 2012 or 2013 Retina MacBook Pro but were put off by the 2017 and 2018 MacBook Pro’s dodgy keyboard, Apple may finally have a machine suitable for you.

Many people would be cross shopping the MacBook Air and MacBook Pro – so what’s the difference between them? According to Anthony Hill, Head of Technology at Geeks2U, “The MacBook Pro has much higher performance specs than the Air, with a 9th-Gen 6 or 8 core Intel processor, 16GB of RAM and a dedicated AMD Radeon Pro GPU, opposed to an 8th-Gen dual core processor, 8GB RAM and integrated graphics in the Air. If you are looking to do video or graphics intensive work and want the most powerful MacBook ever produced, then the Pro is the way to go”.

You’d think the new 16-inch display would be the 2019 MacBook Pro’s main feature, but it’s the widespread criticism of the previous MacBook Pro’s keyboard that most people were waiting for Apple to respond to. After years of denial about the 2017 and 2018 MacBook Pro’s controversial “butterfly switch” keyboard that was notorious for being fragile, Apple has reverted back to a more traditional keyboard that has received widespread praise.

Apple refers to this new keyboard as a “Magic Keyboard”, which has more key travel depth and a robust switch mechanism. This means the new keyboard feels much nicer to type on with improved key feel, plus won’t stop working if a few crumbs get stuck under the keys. As a bonus, Apple also returned the physical Esc key and an inverted-T style setup for the arrow keys. This new keyboard is a dream to use compared to the previous MacBook Pros.

With the keyboard out of the way, now we can discuss the all new 16-inch screen. Apple has managed to increase the display size from 15.4-inch out to 16-inches. It packs a 3072×1920 resolution (up from 2880×1800) and has slimmer bezels. As usual for an Apple display, its one of the most colour accurate screens on the market, boasting support for the P3 wide colour gamut and 500 nits of brightness.

Internally there’s Intel’s latest 9th-generation i7 and i9 CPUs, with either 6 or 9 cores. The base model 2019 16-inch MacBook Pro comes with 16GB of DDR4 RAM and can be selected with up to 64GB (for the usual hefty Apple price tag). These new CPUs combined with a huge 100Wh battery allow for excellent battery life, with over 11 hours of continuous use a realistic estimate.

Apple is also proud of the 2019 MacBook Pro’s internal speakers. There’s 6 of them in this 2019 MacBook Pro and according to reviewers, it sounds fantastic – arguably better than most portable Bluetooth speakers or smart voice assistants like an Amazon Echo or Google Home. Even the internal mic got upgraded with a 3-mic array that according to Apple has 40% less hiss. It still doesn’t replace a proper USB mic, but if you’re in a pinch, the internal mic is no longer a total garbage fire.

The cold war between Apple and Nvidia continues, with AMD’s Radeon Pro 5300M and 5500M GPUs available on the 16-inch MacBook Pro. They aren’t the best performers in the market (Nvidia’s latest GPUs are superior), but you haven’t got any other choice if you want a Mac laptop with a dedicated GPU. Gamers will probably look elsewhere anyway.

The packrats amongst us who need to store everything on their laptops will appreciate the new option for an 8TB SSD. That’s right, 8TB of super-fast solid-state storage in a MacBook Pro. Don’t get too excited though, as that’s a $3,520 option, almost the cost of the laptop itself!