Which keys are vital on your keyboard? 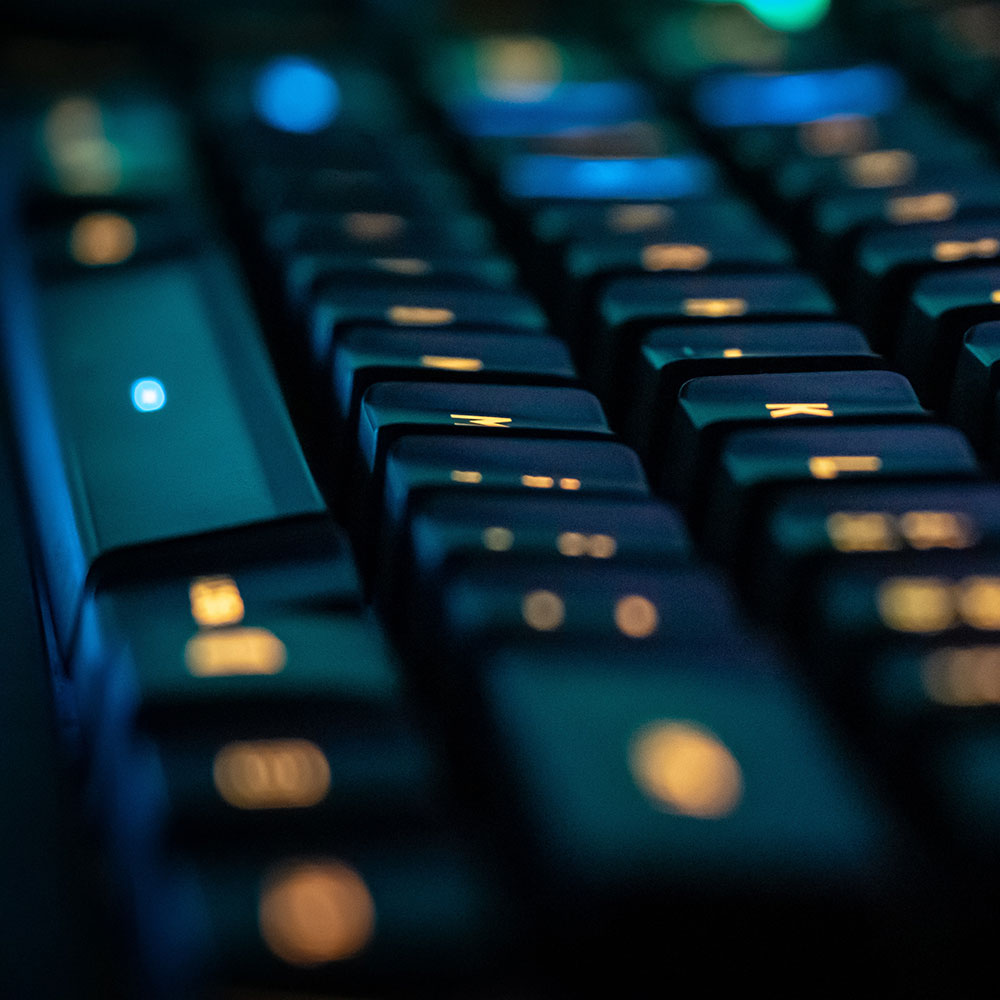 While there’s been an explosion in touch-led interfaces in recent years as we’ve all adapted to using devices such as smartphones and tablets, the humble keyboard is still king for data entry and general interaction with our PCs.

Which is amusing when you think that the current standard QWERTY layout was designed in an era of entirely mechanical keyboards. There’s a very popular myth that it was laid out in its rather non-alphabetical style in order to slow typists down and prevent key jamming, although that’s been rather widely debunked; it now appears more likely that QWERTY came about because the first alphabetical keyboards were confusing to rapid-fire telegraph operators seeking out individual letters.

Still, working at a keyboard isn’t as simple an issue as sitting down to just any keyboard, however – or at least it shouldn’t be. If you’re using just the one notebook and nothing else you’re rather stuck with whatever option your laptop manufacturer went with. Some more expensive laptops can have nicer keyboards on them, but again what you consider “nice” could be “awful” for others. I’m generally a big fan of Apple’s MacBook lines, but I absolutely hate the newer “flatter” keyboards it’s been using of late, which is why I’m clinging to my 2015 MacBook Pro with tenacity – it’s the last Pro model that has a nice depth of travel for each key, which suits my typing style.

Of course, if you work with an external keyboard, whether that’s plugged into a laptop for docking or comfort purposes, or with a desktop PC where it’s a necessity, your choices become much wider. If you don’t do much typing, then just about any $10 or less USB connected keyboard is generally fine, but it’s entirely feasible to spend quite a bit more to meet specific needs. I’m typing this right now on a HyperX gaming keyboard, not because I’m playing a game, but because the feel of its fully mechanical keyboard suits my typing and writing style.

At other times, I use a Microsoft Ergonomic keyboard, because to put it rather impolitely, I’m not getting any younger. Decades of thumping out millions of words on keyboards of varying quality has had its impact, and a keyboard that aids in comfort is very much appreciated! If you do have issues with wrist or finger comfort when typing, it’s well worth looking into the alternative keyboards that are available. There’s typically an all-new learning curve with those keyboards thanks to their unusual shapes, but the benefits can quickly become clear.

That’s even leaving aside what kinds of keys you want on your keyboard of choice. It wasn’t that long ago that computer keyboards were really just standard typewriter keyboards, supplanted with a range of function keys at the top. In more recent years, many ship with a “Windows” key as standard, and often a separate function key that modifies the behavior of the top row of function keys themselves. Microsoft is about to start selling an even more complex set of keyboards with dedicated keys for its Office suite and a key specifically to engage an emoji mode, for example.

If you do a lot of spreadsheet work, or for certain game and app purposes, a keyboard with an integrated number pad is a bit of a must, but for others it’s just an extension that takes up desk space.

Again, it’s a question of matching to your needs; if you use a lot of emojis in your typing it could be an absolute boon, and if you don’t, it’s a key you can either ignore or potentially remap to a more useful function instead.

When was the last time you considered your keyboard strategy? There’s no shortage of choices when it comes to making your computer time more productive, or simply just more enjoyable, so it’s a factor in your computer setup well worth considering.