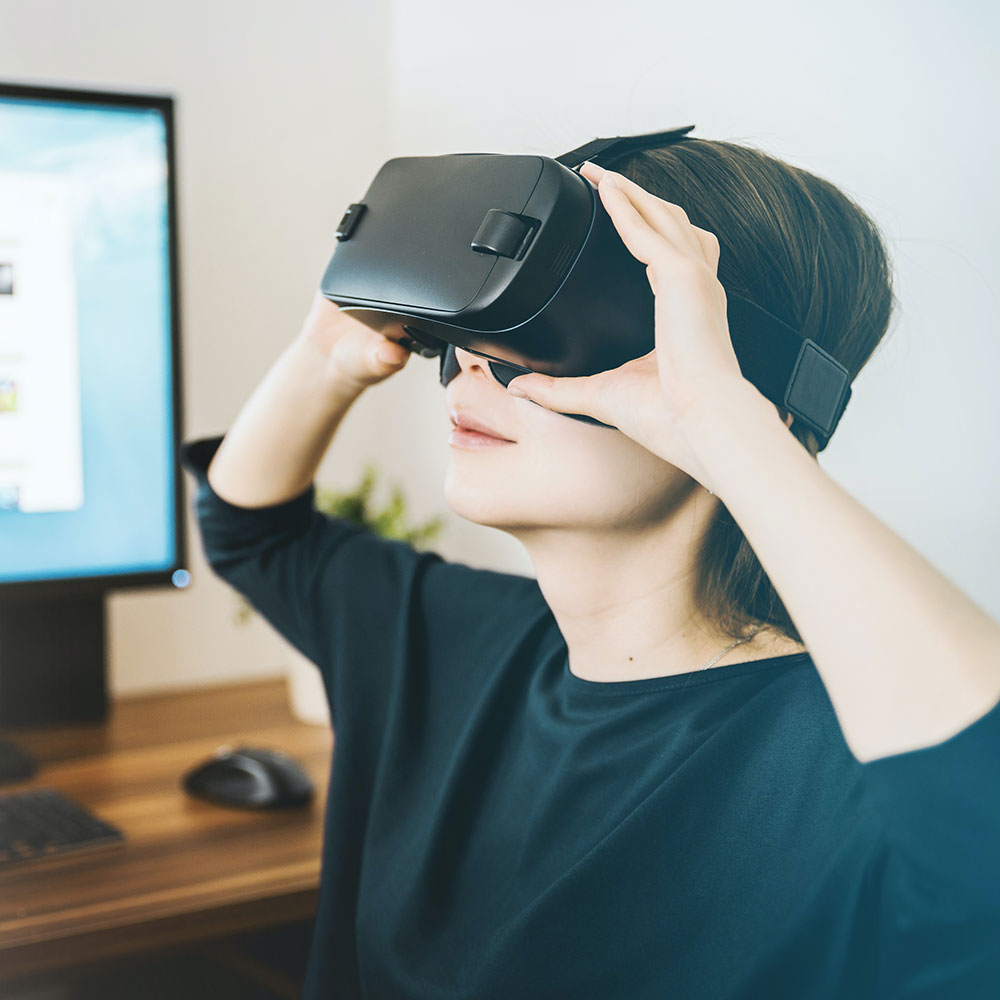 Virtual Reality, often shortened to VR is one of those “future tech” concepts, along with hoverboards, jetpacks and teleportation that we always seem to be just on the cusp of… but never quite getting there.

However, unlike teleportation – which conventional physics suggests might be a bit of a non-starter – or the risky nature of hoverboards and jetpacks, VR as a tech has been a reality for some time now, and not just in commercial or scientific research terms.

For some years now, there’s been a push for consumer-based virtual reality in the home. We’ve seen efforts from the likes of Facebook-owned Oculus, HTC with its Vive platform, Google with Daydream, Sony with its PSVR headset and Samsung with its Gear VR initiative.

VR is nothing new in a conceptual sense, but the last five years really saw an explosion of consumer-facing virtual reality hardware, much of it designed to work with devices you already had, whether that was a PC, a phone or a games console.

However, while we’ve seen a touch over five years of consumer-grade VR, which is typically enough time for both the technology to mature and for more widespread adoption of a new platform, that isn’t what has happened to a wide extent.

Samsung, for example, launched its Gear VR platform, an affordable VR system built around its Galaxy smartphones slotting into a specially designed headset back in 2015, but despite revisions to accommodate newer phones, it pulled the plug on its VR ambitions at the end of September.

While there were a few smaller competitors – the likes of LG and Alcatel for example – in that phone-driven VR space, the other big competitor in smartphone based VR was Google with its Google Daydream platform. Like Samsung, the Daydream View headset accommodated a smartphone that you’d slot into a headset, along with a controller for managing your virtual experiences, although Daydream compatibility was across a wider range of phones. I’m using the past tense here because, you guessed it, Daydream is dead too, with Google recently pulling the plug on its own VR ambitions too.

Sony has its play in the VR space via its PSVR headset, which works with the PlayStation 4 console and according to reports will also function with the company’s new PlayStation 5 system when that launches on the 12th of November. As you’d expect, the PSVR experience is heavily game-led, and while Sony’s put a fair bit of promotion into the platform since it launched 4 years ago, it’s not exactly set the gaming world on fire. There are rumours that Sony’s working on a PSVR2 exclusively for the PS5, but no confirmation just yet. It’s not uncommon to see the PS4-compatible version on sale at electronics stores at a significant discount, which is rarely the province of a red-hot must-have tech gadget.

All this is not to say that VR is dead; there’s a lot of work going into commercial and educational applications, and platforms like the Oculus or HTC’s Vive are still continuing along nicely. There are some issues with the technology as it stands, especially if you wear glasses or find things like 3D effects disconcerting.

Back when cinemas pushed “3D” movies above all else, I found them essentially unwatchable due to headaches, so I’m not exactly a prime candidate for VR either. However, I can very much see the potential, because right now our tech interactions are increasingly screen based, and VR removes that friction point by placing you essentially “inside” the experience – whether that’s an action game, movie experience or educational activity.