Will we see a mobile price war soon? 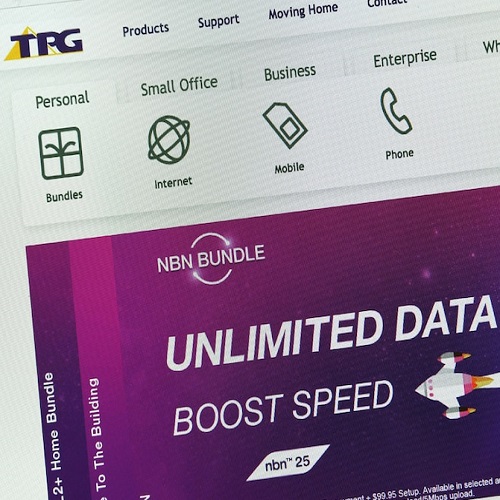 If you use a mobile phone in Australia, you connect to only one of three actual mobile networks, even though there are more than 30 brands of mobile provider. That’s because the underlying networks that service those brands rely on those three networks, built and maintained by Telstra, Optus and Vodafone respectively.

It’s been a very long time since a “new’ mobile network launched in Australia. Indeed, you’d have to go back to just past the turn of the century when Three launched in Australia, offering 3G-only services on its own network with 2G backup supplied via a partnering agreement with Telstra. These days 2G is on its deathbed in Australia, and Three is a long-forgotten relic having merged with Vodafone in Australia some years back.

That doesn’t mean that there isn’t space in the market for a new entrant. TPG, arguably best known as a cut-price ISP (although it does own some more premium ISP brands such as iiNet and Internode) recently announced that it’s going to spend more than two billion dollars building out a mobile network in Australia. Most of that cash is being splashed out on 700Mhz frequencies to assist the network rollout, which will commence from 1 April 2018, although it’s a fair bet we won’t see TPG’s own mobile network available for consumers for a good few months if not years after that date. Right now, TPG does sell a mobile network product, but it’s piggybacking off Vodafone’s existing 4G network. What TPG is proposing is to built its own entire network and to switch over to that.

Network space is regulated by the ACMA and there’s only so much to go around, with TPG’s 700Mhz acquisition coming off the back of the sale of the last of the spectrum left over from the mass switchoff of analogue TV signals. Still, it only estimates that it will serve around 80% of the population, compared to the 95+% population figures the other three networks currently cover. It’s worth pointing out that those are population coverage figures, not landmass coverage figures. Australian cities (especially the large ones) hug the coastline, so it’s a fair bet that the 20% of the population that TPG doesn’t serve will be the predominantly inland folks.

In some ways it might not matter if you’re in a TPG coverage area anyway. TPG will be looking to snaffle up a larger part of the mobile pie than it currently has, which means it will need to compete against the other big players and their existing networks. It won’t be able to to do so on the basis of network coverage, because it’s starting from behind there. It’s unlikely to get into a bidding war for premium streaming rights, a la Telstra’s lock on AFL, NRL and Netball streaming. It will no doubt offer bundles of mobile and broadband packages, but given the likely 2019-2020 timeframe, and the accelerated rollout of the NBN, such packages are likely to be very common from multiple providers. Existing mobile-only provider Vodafone has signalled already that it will offer NBN packages this year and that bundles are on its radar.

So how will TPG compete and attract customers? It’s most likely going to come down to price, and specifically data pricing. The value of a mobile call or text within Australia is almost zero these days, given that it’s astonishingly easy to pick up a cheap plan with unlimited standard national calls and texts. But data is something that we’re all using more and more of, which means it’s where the telcos make their profits and are likely to do so for the foreseeable future.

TPG’s been down this path before, and the benefits of a price war for consumers stretch beyond whether or not you choose to use them as your mobile telco. If TPG drops, say, the cost of excess data down to $5/GB from its current industry standard of $10/GB, not everyone will follow straight away. Telstra’s the most likely large incumbent to drag its heels, but other players who don’t want to lose customers will follow, and they’re likely to drag Telstra along with it.

It might be some time before TPG is a major player, but in order to even establish a foothold, it’s going to have to engage in a price war that could see some very rapid benefits for everyday mobile consumers.

Microsoft recently launched its fourth console generation with the arrival of the Xbox Series X and Xbox Series S. They follow the original 2001 Xbox, 2005’s Xbox 360 and 2013’s Xbox One generations, although many of those had smaller and bigger revisions throughout their lifecycles. Where prior Xbox generations launched with a single console, Microsoft’s