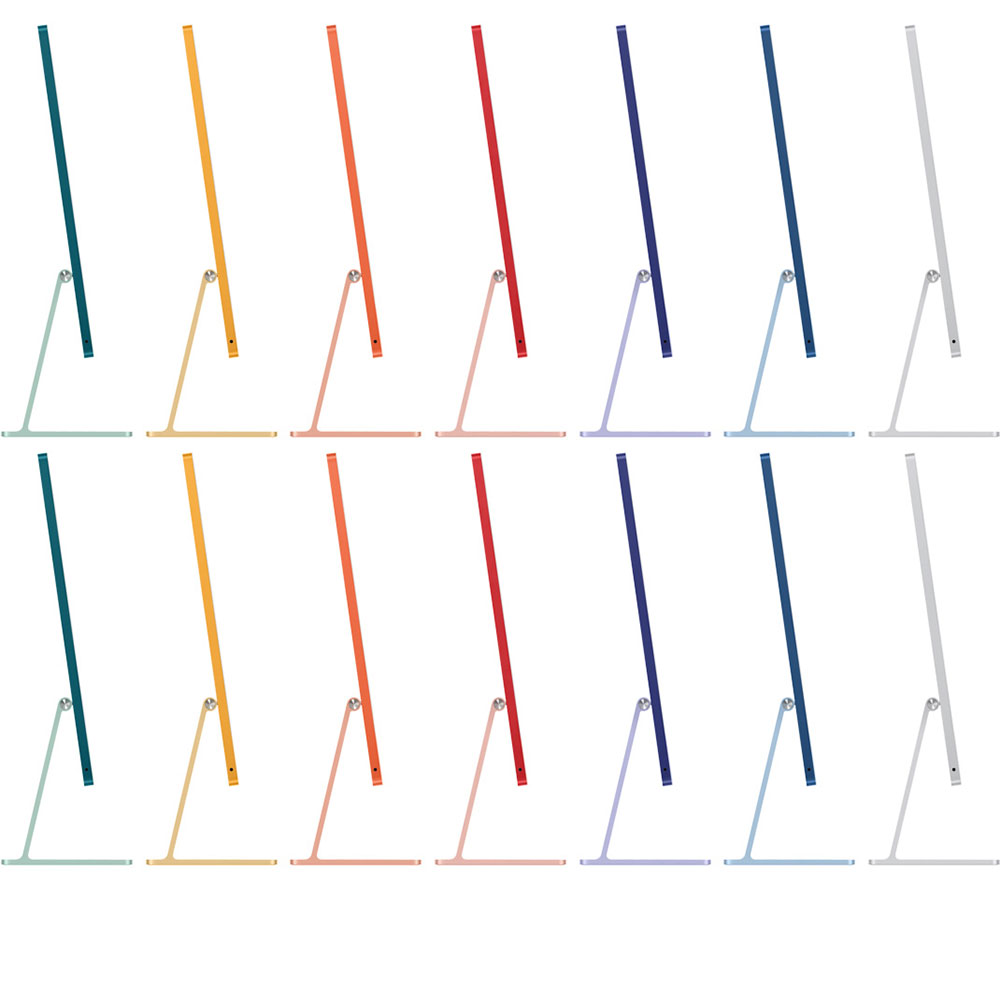 Back when Apple launched its first iMac line in 1998, it had a unique design and a lot of colour in play. That first iMac came in a colour called “Bondi Blue”, meant to be somewhat evocative of the famous Australian beach, but since then Apple pivoted to more businesslike desktop all-in-one machines.

Up until now, that is, as Apple recently launched an entirely new line of Apple iMacs in a wide array of colours. You can still get a basic Silver 24 inch M1 iMac if you want, but there’s also options for Blue, Green and Pink across all models, and Yellow, Orange or Purple if you opt for the higher-specification models.

Colour isn’t the only new thing in the iMac space, however. Apple’s shifted to using its own “Apple Silicon” processor for the iMac. This is the exact same chip that runs on the existing 13 inch MacBook Pro and MacBook Air, as well the Mac Mini and Apple’s new iPad Pro models.

That shift to M1, which crams processor, graphics and even RAM into a single system on a chip (SOC) design has allowed Apple to make some pretty radical changes to the physical design of the iMac as well. For a desktop all-in-one, it’s almost ludicrously thin. Being Apple, it’s also kind of attractive in a décor sense, which isn’t something you can say all that often about home computing gear.

Also, on the impressive list is the sharp 4.5K 24 inch display, although it’s offset by a rather thick bezel at the top that features a paler shade of whichever colour iMac you opt for rolling through it. While Apple’s laptops have had relatively mediocre 720p webcams for some time now, the M1 iMac gets a much better 1080p capable model. Given the increased focus for many of us around working from home, that’s a great little upgrade option if you’re coming from an older iMac.

The M1 processor is very powerful, and for most small business and just about every home use it’s more than powerful enough, although it is well worth considering if that all-in-one iMac form factor is worth extra money to you.

The reason I say that is because the M1 chip in the iMac is the exact same part as found in the cheaper MacBook Air, MacBook Pro and Mac Mini. While Apple doesn’t have to worry about batteries running out on its desktop lines, and it can manage wider heat dissipation on a larger unit like an iMac, it hasn’t really juiced up the performance relative to any other M1-based Mac model.

If you’re considering the M1 iMac – or indeed, any M1 based system – the other important detail to remember is that any SOC-based computer is inherently non-upgradeable. The storage, RAM, everything sits on a single chip, and so you can’t boost its RAM or internal storage after the fact at all. Right now there’s a few different internal storage and RAM options for these systems, but whatever you buy is all they’ll ever be in terms of internal components.

The iMac is light enough to move around when needed, with just a single cable for power to worry about, but the similar performance does mean that for many, the MacBook Pro or Air might be a better bet. For sure, you can lug the iMac around the house, but it’s got nothing on the slender form of the MacBook Air, even though both run apps at almost exactly the same speed.

There’s also a pretty sharp difference between the entry level iMac and the higher-spec models, with the higher-end models getting an ethernet port on the power brick, four rear ports and more colour choices, while the baseline model makes do with just two rear ports and fewer colour options.

As a desktop computer then, it’s an interesting device; it’s very powerful, it’s at least luggable if not quite portable, but it’s definitely worth considering your budget and needs, even if you’re already in the Mac camp.