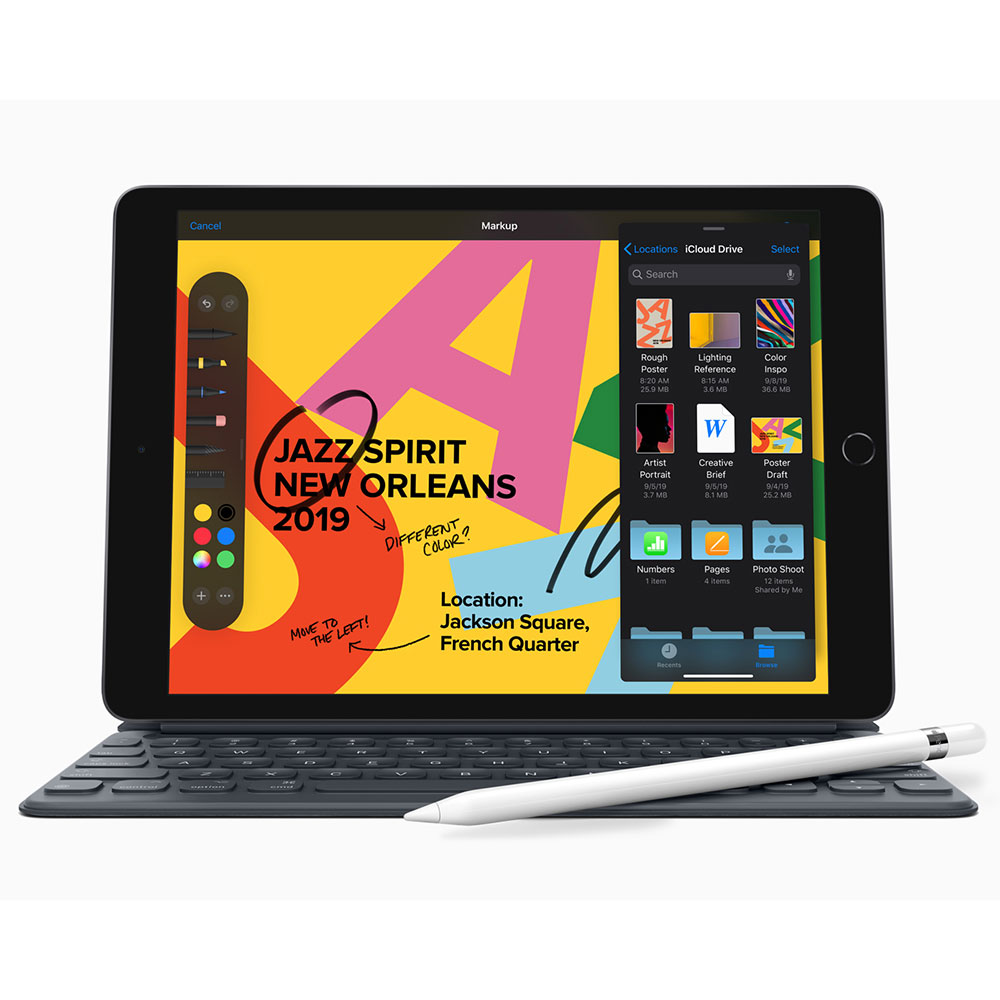 Apple recently refreshed its basic iPad line of tablet computers. I’ve got to be very careful in describing them, however, because while you might think of an iPad as a tablet, it’s actually a range of tablets. At the top end of the price and performance scale is the Apple iPad Pro, then moving down there’s the iPad Air, then moving down in size, the model that’s just the “iPad”, and then the smallest model, the iPad Mini.

To make things even more confusing, the iPad Mini actually has a faster processor and better display technology than the model that’s just called the iPad. But it’s this model — the Apple iPad — that Apple has most recently updated, and I’ve spent the past few weeks testing one out to see how it compares to the rest of the range.

Apple is pretty insistent that the iPad is much more than just a content consumption device, but that’s an argument it pitches more heavily towards the more expensive and powerful iPad Air or iPad Pro lines. The Apple iPad is much more entry level, but the 2019 iteration does bring with it a few tweaks that can make it more than just the device you browse the web or do a little light Netflix watching on.

Last year’s model of the iPad brought with it compatibility with Apple’s Pencil stylus, sold separately, which is a nice inclusion if you’ve got artistic inclinations. This year, it’s got the side connector to make it compatible with the Apple Smart Keyboard for tablets. It’s very nice keyboard that also folds up into a front protective case for the iPad, but it would want to be — Apple charges a rather hefty $235 for it.

The new iPad also has a slightly larger display than the previous model, with a 10.2 inch 2,160 x 1,620 pixel screen. It’s still running the same Apple A10 Fusion processor as last year’s model, which means in the iPad heirarchy it’s the least powerful model you can buy. That includes the Apple iPad Mini, which runs on the A12 Bionic that also powers the Apple iPad Air.

Which is not to say that the 7th generation iPad feels low powered. I’ve been throwing a number of titles from the new Apple Arcade service at it, and it’s rarely missed a beat. It’s fully capable of the kinds of multi-tasking that iPadOS can handle, and while I won’t be replacing my laptop with one any time soon, if you do need to shift from, say, the Safari Web browser to a Pages document, it’s pretty easy to do so.

Battery life is decent; Apple’s claim is that it’s capable of up to 10 hours of battery life, and I’d agree with that figure for most uses outside really intensive games or AR applications.

So what do I not like? I’m not a big fan of the fact that the baseline model only comes with 32GB of storage. You can’t upgrade the storage on an iPad, so the only way to store “more” on an iPad is to pay for Apple’s pricey iCloud storage and keep content online only. The included camera is good for video calls over Facetime, Skype, Duo or your calling app of choice, but the rear camera is awkward for photo taking, and not really up to the standard set by Apple’s iPhone line.

Still, in the tablet space, Apple remains well ahead of its Android competition, and given the lower price, if you’re after a tablet for the first time, or an upgrade from an older iPad, the baseline Apple iPad is a great choice.