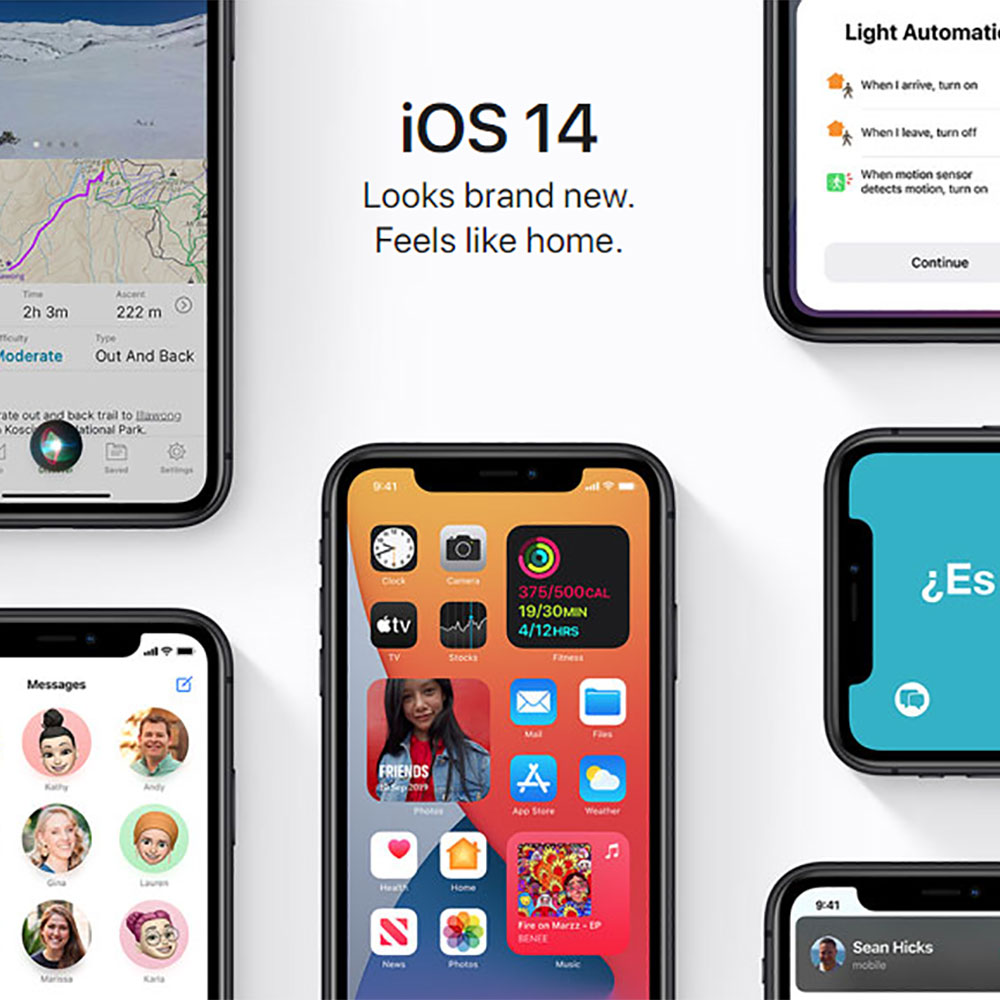 Apple typically holds a launch event in September for its new model iPhones. Whenever those new phones launch is when the new versions of its mobile operating systems launch as well.

They all used to be called “iOS”, but this now encompasses iPadOS, watchOS, and tvOS. iOS itself covers phones and iPod Touch only.

Usually, you don’t see the new version of iOS until you can lay down some cash for a new iPhone.

This year, that’s not what happened. Apple did hold a launch event with the label “time flies”, but it didn’t announce the iPhone 12. Instead, it announced new Apple Watch and iPad models, as well as announcing that all its mobile operating systems would see an update arrive the very next day.

For iPhone users, that’s iOS 14, and it’s now available for eligible devices to upgrade to.

Which devices are eligible?

Apple’s become a little nicer in this respect over the years. iOS 14 is available for iPhone models released since late 2015.

You can upgrade to iOS 14 if you’ve got one of the models of phone listed below:

How do I upgrade?

Apple by default tends to push you towards automatic updates. It’s possible even by the time you read this that your iPhone may have upgraded itself. If you don’t want to wait, it’s a very easy process.

Software Update will check which version of iOS you’re running, and whether you’re eligible for an upgrade to iOS 14.

You’ll need to agree to Apple’s terms and conditions, as well as download the update file, which can be quite large. It’d be a good idea to be on a fixed broadband connection to do this.

The process does take some time to download and install. You can use your iPhone while it’s downloading and verifying. However, once the device reboots it’ll be out of action for a little while as it installs. It’s a good idea to set the process going when you don’t need your phone active.

This is always a tricky question, but the broad answer these days should be yes for most folks.

Apple hasn’t always had the best track record when it comes to how well iOS upgrades take on older hardware. Also, you may not get every new feature if you’re using a much older iPhone.

However, what iOS 14 also includes is all the company’s latest software patches and security upgrades. Those are important to have running, given how much we all use our smartphones as an integral part of my digital life.

No, Apple won’t release iOS 15 until 2021 on current trends. It just means that whatever hooks Apple wants to use to sell its next generation of iPhones will have to rely on hardware more than software – because you can already get the software running on current models of iPhone

What features do I get with iOS 14 that I didn’t have before?

Some of the changes in iOS 14 are subtle, and some less so. There’s an increased focus on permissions, so when you do upgrade, expect apps to ask afresh for permission to do things like access photos, the local network or your location if that’s what they want to do.

iOS 14 features a new App Library view that tries to automatically group your apps by type, as well as a more flexible (and frankly, Android-style) approach to widgets and default apps.

If you’re curious, Apple has the full set of upgrade details over on its web site.