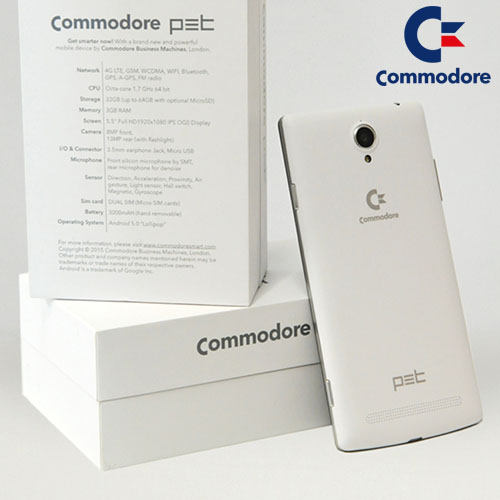 When you’re buying IT equipment, you’ve always got choices to make in just about any technology field. Do you buy only Apple, or from Samsung, Sony, Lenovo or Acer? Maybe all your gear is from Acer or HP, or perhaps you’ve built it yourself using parts from Intel, AMD or NVIDIA.

There’s one point of commonality there, and it’s the fact that so much technology equipment is readily identified by its brand name.

You’ve probably come across equipment with unfamiliar brand names from time to time, and there you can be taking something of a gamble. Every brand has to start somewhere, and it’s worth bearing in mind that Lenovo — a brand that currently sells something like one in every five computers sold throughout the world — had absolutely zero presence in western markets until it bought IBM’s personal computer business in 2005. Back then, if you had been faced with a Lenovo PC, you probably would have thought it a cheap knock-off device. Now, they’re a global powerhouse.

The allure of brands is the promise of quality that you may not get with third party equipment, although it’s (to a greater extent) all coming out of many of the same factories anyway, especially if you’re talking commodity items such as laptops, smartphones or television sets. The brand story is so often one of quality control, however. It’s well known that Apple uses Chinese manufacturer Foxconn for the production of its iPhones and iPads, but the contracts it has with Foxconn specify a very particular level of quality control, and that’s not something that every single “Foxconn” product has.

Brands can also be used in a nostalgic sense, however. Recently the Internet exploded with excitement at the news that the very ’80s brand Commodore would be making a “comeback” of sorts with, of all things, a new Android phone. Priced at around $300 USD, the Commodore PET phone — as distinct from the 1977-era 1Mhz (yes, 1Mhz) personal computer — will feature a a 5.5″ 1920×1080 display, 1.7 GHz Mediatek 64-bit octa-core processor and 13MP rear camera. At that price point, it’s a fair bit of technology, but the key “hook” for the nostalgia crowd was the fact that the PET will run old Commodore 64 and Amiga games.

Nostalgia can be a powerful hook, but in actuality the Commodore PET phone is really nothing special.

It’s using freely available Android emulators that you could run on any Android device, although I should point out that under Australian copyright law, even if you did still have some dusty old C64 tapes or Amiga floppies gathering dust on a shelf somewhere, you’re not actually entitled to run images of them on emulators per se.

The phone itself also hasn’t been designed by “Commodore” in any case. It’s a rebadged version of a Chinese brand name phone — the Orgtec WaPhone, which typically costs a little less than half of the asking price “Commodore” is seeking.

It’s also, in a brand sense, not really “Commodore”. Not in any real way, because Commodore as a company is very much long since dead. The brand “Commodore” has been shuffled around a few holding companies, and there have been a few attempts to revive the brand. This is the latest, masterminded by what appears to be an Italian firm that may or may not even hold the rights to the Commodore name!

Brands have power, but it’s worth doing your research before deciding that the allure of a brand name in technology is a straight up indication of a quality purchase. Commodore isn’t the only zombie brand out there. You should be wary of anything labelled these days as “Polaroid” or “Kodak” for much the same reason, although if the price and features are right, it’s still possible to make reasonable decisions when buying. Just make sure that they’re informed decisions.