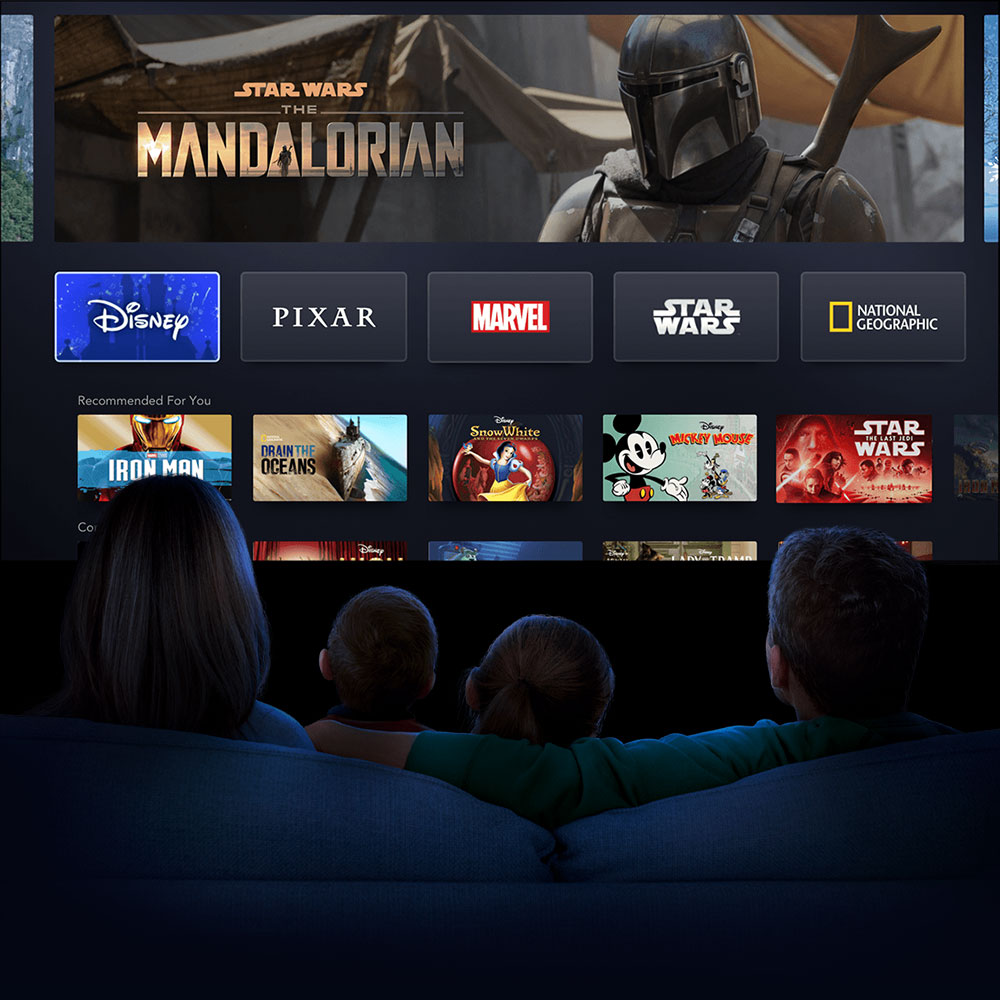 This week we’ll see the local Australian launch of Disney+, the latest in a very long line of streaming subscription services. While there’s still clearly a place in Australian homes for free to air television (at least for live events such as sports), it’s also clear that on-demand streaming services delivered over a home broadband connection are where the market’s shifted. Disney+ is just following in the footsteps of services such as Netflix and Stan, although, being Disney, it’s doing it somewhat differently. Here’s the rundown of what you need to know about the House of Mouse’s streaming service.

How much does it cost?

Disney+ will either set you back $8.99 per month on a month-to-month basis, or $89.99 upfront for a year’s subscription, bringing that effective monthly price down to $7.50 per month.

Of note, where some of its competitors offer differentiated pricing for access to HD or 4K content, Disney+ is a one-price-fits-all service, so there’s no additional charge to watch higher definition content, presuming your display screen and Internet connection is up to the task

Can I get a free trial?

Like competing streaming services, it is feasible to get a “free” taste of the content on offer, although Disney+ is a little more miserly than its competitors, with a 7 day trial available to consumers when it launches on 19 November.

What devices will it support?

At launch, Disney+ should work across web browsers, iOS and Android devices, Google Chromecast, Apple TV and the Microsoft Xbox One and Sony PlayStation 4 console platforms. We’re actually getting the service a week later than its US launch, where there’s also support for selected Samsung and LG Smart TVs, but it’s yet to be confirmed if any of the locally available smart TVs will offer up Disney+ at launch or later down the track.

Unlike competitors such as Netflix, Disney+ is largely targeting a family audience, although that doesn’t mean it’s going to offer only kiddie fare. Yes, there’s a wide range of Disney and Pixar movies both new and old on the service, but it’s also incorporating content from (US) National Geographic channel, and selected titles it’s acquired as a result of Disney’s buyout of 20th Century Fox, most notably the entire current run of The Simpsons. Although in that case US fans are already up in arms, because the 16:9 widescreen presentation of that show has meant early episodes are presented in a frame cropped format, at least for now.

However, like Netflix, Disney+ is also planning on hooking folks in with exclusive original content built around its well-regarded franchises, particularly Star Wars and the Marvel Cinematic Universe. At launch, its flagship show is The Mandalorian, a show set in the Star Wars universe that will see weekly episode releases to keep the fans of Force enthralled. Later down the track we’ll see the re-emergence of Tom Hiddleston’s Loki from the Marvel movies in his own show, along with a number of other Marvel-themed shows.

What you won’t see on Disney+ is content aimed at a much older audience than that; in the US Disney is the sole owner of Hulu, a service that includes more content aimed at mature audiences, but for now that’s not going to be part of the Disney+ mix. There have been rumours for years that we might see a Hulu launch down under, but so far, it’s yet to materialise.

One big key component of the launch of Disney+ is that it’s pulling the rights to that content — especially the hyper-popular Star Wars and Marvel movies — from any competing service. Disney’s already announced the end of its streaming deal with Netflix, so Marvel and Star Wars content is either gone or going there. For users of Channel 9-owned Stan, the Disney content it’s been hyping for the last year has been removed mere days before the launch of the service here. The picture is a little murkier for Foxtel subscribers, but it’s entirely likely that we’ll see less Disney-owned content on Foxtel’s subscription platforms over time.

Is it worth it?

Like any subscription streaming TV service, the value you get out of it depends on how much entertainment it affords you. I doubt too many Aussies would be clamouring to spend $8.99 per month to watch 1969’s “The Computer Wore Tennis Shoes” (even if it does star Kurt Russell), but for quick access to everything Star Wars and Marvel, including content that won’t be legitimately found elsewhere, at a price point less than its competitors could make it a genuine family hit.

That being said, you’ll need a decent internet connection, especially if you want to watch in HD. Video is very data intensive, and if you’re still on an older non-NBN connection, or just on a slower-rate NBN 12Mpbs plan, you might find the Disney+ experience — and indeed any streaming video service — a bit more miss than hit.