Do your sums carefully before leasing a phone 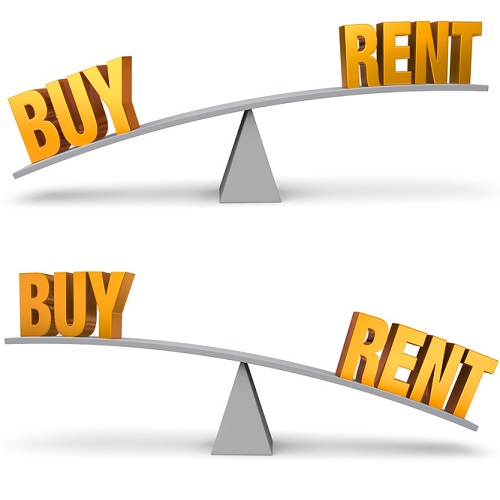 For decades businesses have been leasing equipment that they either lacked the funds to buy outright, or in situations where outright ownership didn’t make sense over the longer term. There are certain business tax differences with leasing that also came into play to make it an attractive proposition under specific circumstances.

For consumers, however, leasing technology goods outside of those specific retailers who make it their stock in trade (and, who on comparative grounds, often charge a pretty penny for the privilege) hasn’t really been a big option. Most consumer technology gear isn’t in the stratospheric ranges that IT (or other equipment) leases have considered.

More recently, however, two of the nation’s biggest telcos have added leasing options to their contract mobile phone plans. Telstra kickstarted the move with lease options (Telstra Go Mobile Swap) on a range of phones, and more recently Optus has taken up the leasing mantle (Optus My Plan Flex) for a smaller range of premium smartphones. The key benefit they push is that a leased mobile plan is somewhat cheaper than a standard contract mobile plan.

It’s worth doing your sums and considering your actual usage of the phone in question before signing on the dotted line, however. While the amount you’ll save varies a little depending on the handset and plan you pick, the most you’ll save per month with either carrier is $10. Over a two year plan, that means that you’ll save a maximum of $240 over the price paid by somebody taking up the regular version of the same contract with the same calls, texts and bundled data provisions.

$240 is nothing to sneeze at, and it’s certainly tempting to go for a bargain if you can get one. However, it’s what happens at the end of that contract period that you need to consider. On a regular mobile contract, once your term is up, the handset attached to your contract is yours. You can keep using it, give it to a friend or relative, sell it, or if it’s beyond its usage life for whatever reason, put it in for responsible recycling (Mobile Muster). Whatever you do, don’t throw it in the bin. Your phone has particular chemicals and minerals that, to put it politely, aren’t terribly friendly to the waterways, so unless you relish the idea of drinking your phone, recycling is the way to go.

At the end of a phone lease, however, you don’t own the phone at all. Either telco will sell you the handset at what it determines to be the “fair market rate” for that phone, but with mostly premium handsets on offer, it seems unlikely they’ll say the fair market rate will be under $240. If you really do still want the handset, that could prove costly.

You do have the option to hand the phone back to the carrier and walk away, and that has some benefits if you no longer want the device. However, it’s got to be in good working order. Damage, even minor, will attract penalty fees that for either carrier start at $229 (minor screen cracks and the like) all the way up to $499 for more serious problems. Many of us drop our phones, or squash them in bags, or do other terrible things to them unwittingly, especially over a two year period. Just one instance like that could quickly wipe out the supposed $240 saving you’d make on a lease, and while if you opt for a regular contract, you’d still presumably want to fix a serious problem, if you’re already out of contract you don’t have to face that additional fee.

Leasing isn’t for everyone, in other words, so consider carefully. If I was signing up for a leased phone, the very first thing I’d do is go out and buy a decent quality protective case for it. Yes, that will eat into the up-to-$240 saving you’re making over the life of the contract, but it could save you big bucks at the end of the lease term.