Does your lounge room need one remote control to rule them all? 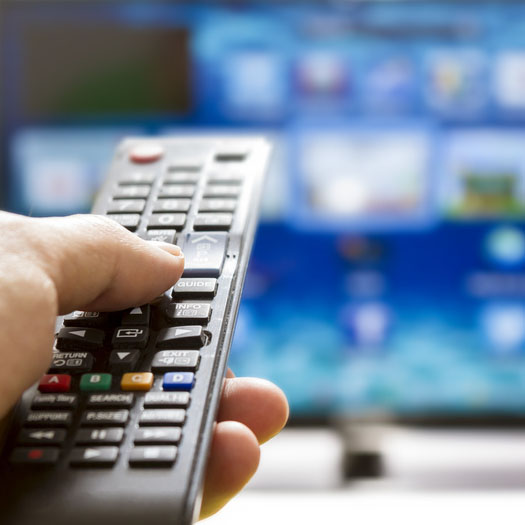 If your coffee table is lost under a mountain of remote controls then it might be time to bring some order to the chaos in your lounge room.

These days even a modest lounge room probably has two remote controls floating around; one for the television and one for the disc player. This can quickly blow out once you add a Personal Video Recorder, Pay TV box, surround sound amplifier, streaming media player, games console and other home entertainment gear.

Pretty soon you need a degree in astrophysics just to watch television, which might not bother you but is likely to frustrate the people you live with. When you starting fielding angry tech support calls from your loved ones because they can’t watch their favourite show, you know it’s time for a change.

Rather than forcing people to memorise complicated flow charts, or sticking post-it notes on your television, it might be time to sweep all those remotes aside and replace them with one magic wand which can drive everything. Setting this up can be complicated, but it’s worth the effort once you get your lounge room running like a well-oiled machine.

Before you spend any cash, take a look at the remote controls which came with the gear you already own. Many television remote controls have extra buttons which let you switch between controlling your TV, VCR, DVD player and home theatre amplifier. Check the manual to see if you can punch in codes to nominate the make and model of your other home entertainment gear.

Meanwhile the remote control for your DVD/Blu-ray player probably includes at least basic power, channel and volume controls for your television. The same with the remote for your set-top box or Personal Video Recorder. Your various players might even be able to pass on commands to your television via HDMI video cables, or vice versa, if they support the HDMI-CEC standard. Sometimes you’re limited to only controlling gear of the same brand as your television, but cross compatibility is improving.

If you spend a little time with the manual, and maybe try Google for advice on your specific home entertainment gear, you might be able to do everything you want with the remotes you already own. Life becomes more complicated if you need to jump between devices plugged into your television, amplifier or external HDMI switch. If you own a surround sound amplifier with video switching for hooking up a DVD/Blu-ray player then its remote probably offers extra universal remote options for controlling your other gear.

Even if one remote can drive everything, it can still be a long and cumbersome job to get your home entertainment system up and running – turning on your devices one by one and configuring them for the task at hand. If you’re getting RSI from the number of buttons you need to press for even simple tasks, then it might be time to upgrade to a programmable universal remote such as a Logitech Harmony.

Once you tell it how your home entertainment system is wired up, a Harmony remote can fire off a string of commands to different devices with a single button press. For example you might label one button “Watch a DVD” – setting it to turn on the TV, DVD player and amp, then set them all to the correct inputs and put all the controls you’ll need at your fingertips.

At this point anyone can drive your home entertainment system, even if they don’t know how everything is wired up. They simply select an activity like Watch a DVD, Watch Live TV or Watch Apple TV, press one button on the remote control and let it take care of the rest. At this point you can stop fighting with your home entertainment system and simply sit back and enjoy the show.