Google sees AI as the future of hardware 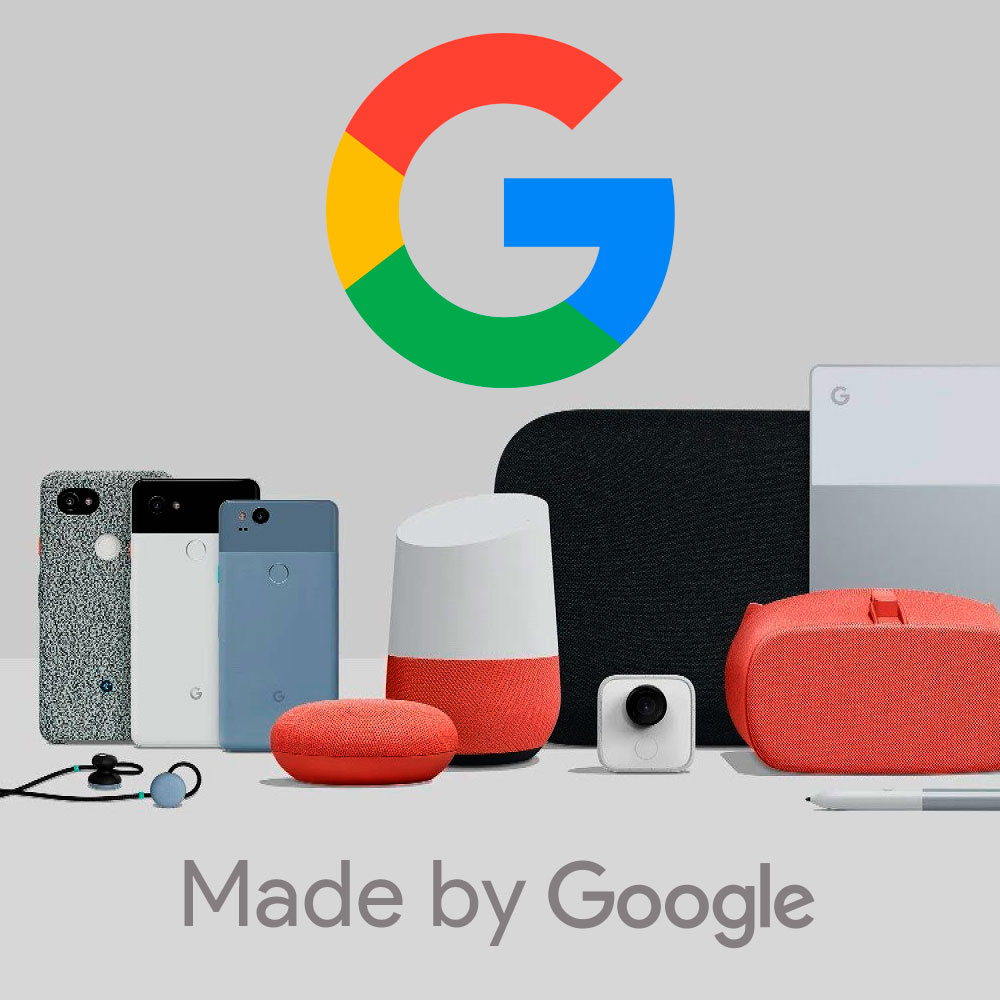 At its recent “Made By Google” event, Google unveiled a range of new smartphones, new home smart speakers, a new laptop, standalone camera and new smart headphones that it wants consumers to adopt. That’s a lot of new hardware, so you might be mistaken for thinking that the launch was all about physical technology.

Except that it wasn’t. Google made that quite explicit from the get-go, with Google CEO Sundar Pichai taking to the stage to outline the company’s shift from a mobile-first strategy to an AI-first strategy. Artificial Intelligence (AI) relies on hardware on which to run, but at its heart it’s all about the software. That plays out across the entire new range of Google appliances due to go on sale soon.

The least surprising new gadget was the Google Home Mini, which really does do what it says on the tin. It’s a shrunk down, lower fidelity speaker designed to be unobtrusive for both Bluetooth audio and Google Assistant duties compared to the already available Google Home smart speaker. On the other end of the spectrum is the Google Home Max, a much larger speaker with a focus on high-end audio, set to launch in the US at first at just about the same time as Apple’s competing HomePod speaker. The appeal for any of these speakers isn’t that they manage Bluetooth music, because you can get plenty of competing options that will do just that, but that they incorporate Google’s Assistant technology to manage your daily calendar, light news reporting and search queries. Or in other words, they’re speakers that rely on AI.

Google’s premium Pixelbook continues the journey it started with the first Chromebooks, although unlike those devices the Pixelbook isn’t a low-cost option, but instead a premium 2-in-1 laptop with pricing starting at $US999. Once again AI is the star of the show, because while it runs Google’s basic ChromeOS, it also comes with Google Assistant built in, as well as an optional AI-assisted “Pixel Pen” that can intelligently look up items circled with it. The Pixelbook will only ship to the US, Canada and the UK initially, although it appears that Amazon will ship it internationally as well, even if Google won’t.

There was a lot of anticipation around Google’s new phones, the Pixel 2 and Pixel 2 XL, although plenty of details had leaked around what we were likely to see well before the actual launch event. Google doesn’t make its own phone hardware, instead farming out production of the Pixel 2 to HTC and the Pixel 2 XL to LG, although it did recently spend up big buying select HTC IP and a whole slew of HTC engineers to join its Pixel product. Still, again, Google was downplaying its hardware, stating outright that it feels that smartphone hardware has “levelled”, and that it’s in AI and machine learning that we’ll see actual worthwhile advancements in what smartphones can do. Unlike many competitor devices such as the upcoming iPhone X or Samsung’s Galaxy Note 8, the Pixel 2 and Pixel 2 XL only have a single camera lens at the rear. Google’s managed to get them to work with a “portrait” mode that creates the kind of camera blur you’d get from a professional DSLR, something that every other camera does with dual lenses. How has it managed this? Again, it’s smart software and machine learning at play. The jury is still out as to how well the Pixel 2 will handle portrait modes versus dedicated dual-lens cameras, but it did outscore every other smartphone camera on the prestigious DxOmark benchmark, which suggests it’s a serious competitor. Also of note, Google’s gone down the Apple path of cutting out the 3.5mm headphone jack, citing the need to deliver thinner smartphones as the reason why.

Google’s even throwing AI into headphones, and you might wonder how that’s possible. Its new Pixel Buds are basically just Bluetooth headphones, and if you pair them with any other phone, that’s pretty much all they’ll be. Pair them with the new Pixel 2 or Pixel 2 XL, however, and Google’s translate will, as per company claims, open up for realtime translation of multiple languages direct to the headphones. Google’s onstage demo, translating Swedish to English in real time was impressive to see, but mechanical translation still has its limitations, and the rather obvious sell-in block of making this only available to Pixel users is a little annoying. Then again, the AI-driven Google Assistant was only initially available on last year’s Pixel phones, and you can find it now across multiple Android handsets, both premium and quite low cost models. So it’s feasible in time that Google will open this up to other Android devices, although it’s much less likely to hit Apple’s iPhone lines.