iPad Pro 2020 Review: A great tablet, but still not quite a laptop replacement 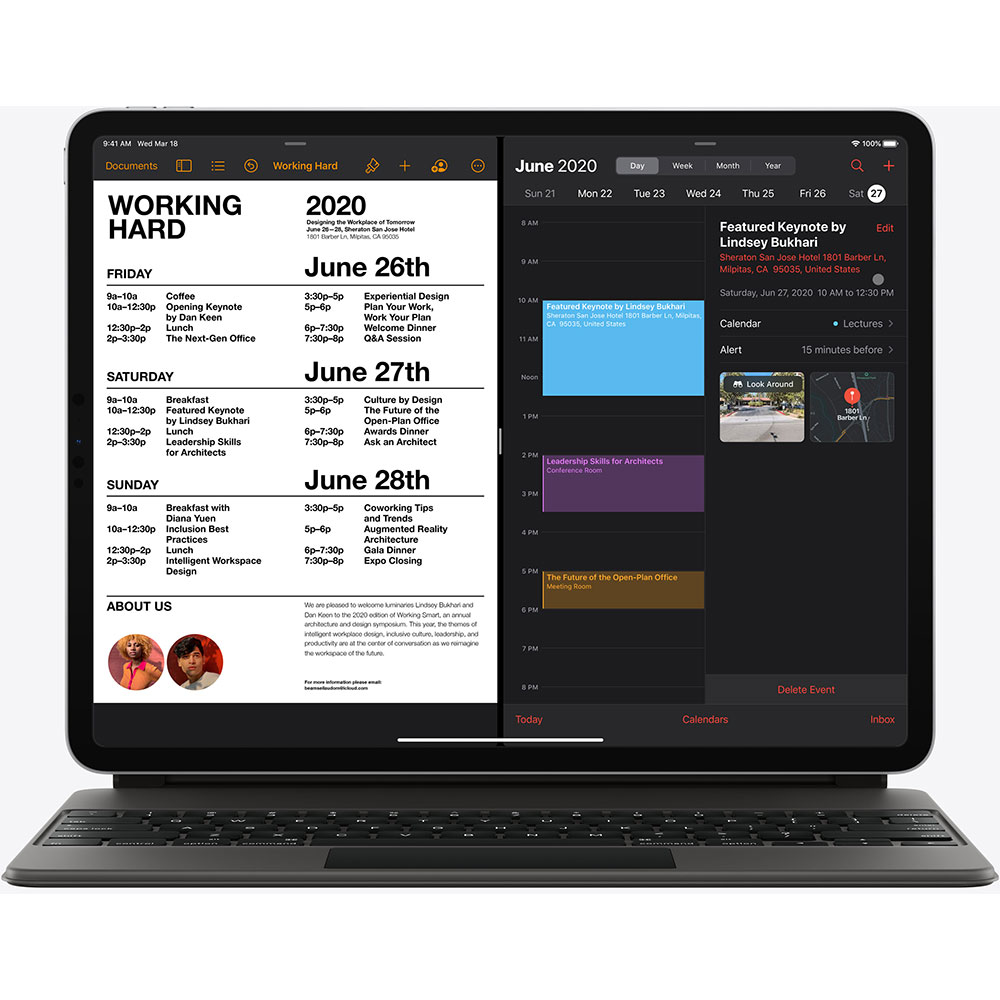 Ever since Apple introduced its iPad Pro line of tablet computers, it’s placed them strictly in the “professional” category, and that’s not just been a matter of slapping the word “Pro” on the end of it and waiting for the money to roll in.

The iPad Pro has represented the best of what Apple can do in a tablet form factor, and given iPadOS’ absolute dominance of that tablet space, essentially the best you can get in a tablet, hands down. I’ve spent the past few weeks testing out the 11 inch model of Apple’s recently refreshed iPad Pro line to see just what it’s capable of.

At first glance, you might not pick that much different in the 2020 model. The design is much the same as it was for the 2018 iPad Pro line, with USB C connectivity – there’s no sign of Apple’s own Lightning connector here, because Apple reckons Pros want and need USB C in their lives. Given a recent EU directive, Apple might drop Lighning altogether, but for now, USB C is an iPad-only style of connector. The display is lovely and sharp at 2,388×1,668 pixels on the 11 inch model, but there are still noticeable bezels if you don’t like that style.

What’s new lurks around the back, with a square camera array that incorporates wide and ultrawide lenses, as well as a LIDAR sensor for depth sensing applications. Apple’s pitch for its LIDAR sensor is that it will make future Augmented Reality (AR) apps even more accurate as they use light measurement to place “virtual” objects in the real world. Right now, about the only app that uses the LIDAR is Apple’s own measurement app, and I’ll be honest and say that I struggled to see much accuracy difference between the iPad Pro and a regular 2019 iPad Air. It’s very much a case of forward-looking tech, but not a reason to upgrade to speak of.

Equally, the way that iPadOS can now work with touchpads and mice for a more PC-like experience is quite neat, but it’s not exclusive to the 2020 iPad Pro models. Apple will next month start selling what it calls the “Magic Keyboard”, which includes a touchpad and is exclusive to the new iPad Pro models, but it’s ferociously expensive. $499 for the iPad Pro 11 inch, or $589 for the iPad Pro 12.9 inch model… for a keyboard. That’s once pricey keyboard!

The other new tech in play here is Apple’s own A12Z Bionic chip, which is extremely fast in straight line benchmarks. Apple’s claim is that it’s faster than many comparable laptops you might buy, and in a straight processing sense it might just be right. However, that’s arguably not entirely a relevant metric. It’s certainly powerful and I have no issue with that, but the fundamental way that iPadOS works in terms of app multitasking, file access and even app deployment means it’s a noticeably limited approach relative to a comparably priced laptop. For single task productivity work it can fly, as long as you have a supported app, and preferably with a keyboard case – Apple makes its own but any Bluetooth keyboard should work – but I’d be able to do multiple tasks and watch them work on a standard MacBook or Windows 10 PC in ways that the iPad Pro simply doesn’t approach. It’s just not as flexible an operating environment as a standard computer, because it wasn’t built that way from day one. That does give some advantages in terms of security and virus protection – you’d have to write a virus that Apple approved through its App Store to get one running officially on an iPad Pro – but for most productivity-centric types it’s a big ask.

That Pro suffix also brings with it a hefty price point. The cheapest iPad Pro comes with 128GB of onboard storage for $1329, and that’s with only Wi-Fi connectivity and of course no keyboard. Adding 4G LTE if you want that will adds $250 to the price of any iPad Pro model, which means you can pump that pricing all the way up to a seriously crunchy $2429. That does buy you 1TB of onboard storage and LTE, but that kind of price point could buy you any other laptop, including several MacBook models if Apple’s your passion.