Netflix is closing the “brother-in-law” loophole 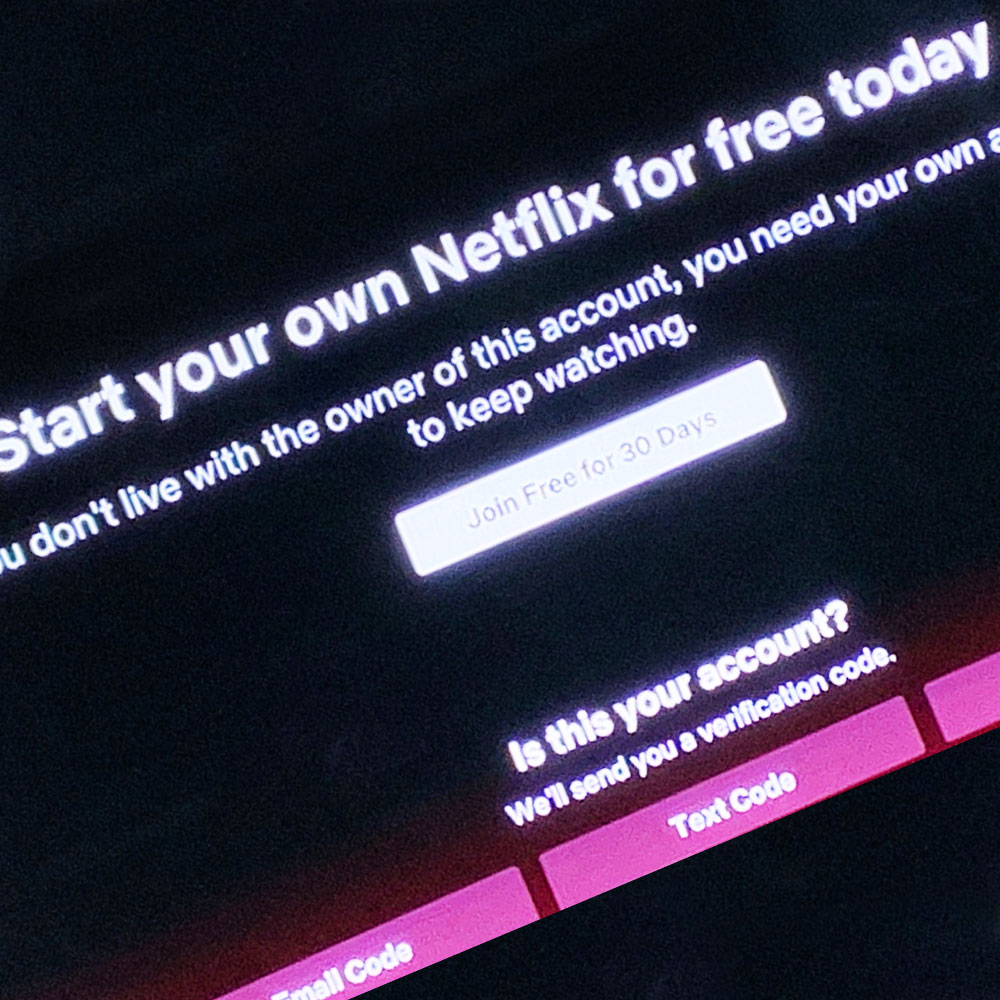 By a wide margin, Netflix is the most popular of the subscription streaming services in Australia. It has an estimated 13.2 million viewers each month.

Disney+ is certainly giving it a run for its money having recently launched its new Star hub with a wider gamut of content beyond its original kid-friendly fare.

It’s a long, long way from the days when I used to head to the local video store to snag 6 video tapes for $10. In some ways that was a precursor to having an array of video content on demand to watch. Although there were some limitations to that approach that streaming services dodge.

You don’t need to rewind Netflix to speak of, and the tapes don’t get gunk on them either. One thing I definitely did back in the days of VHS was share those tapes around friends and family during the week that I had them.

These days, that phenomenon lives on through account sharing, although its days may be limited.

The basics of account sharing are incredibly simple. If you have a subscription to a streaming service that allows multiple simultaneous streams, you share your login details with your family or friends.

You log in, they log in, and the costs can be split between you, or assumed by one of you depending on your financial circumstances.

A friend of mine refers to it as the “brother-in-law” scheme, because he subscribes to one service, they subscribe to another, and between the two of them they can watch content from both at what amounts to half price.

This does rely on being on a subscription tier that allows for multiple streams. Netflix allows that on its HD and 4K price tiers, but not its basic Standard Definition service.

Account sharing on a single stream subscription could be frustrating very quickly. You start binge watching Bridgerton only to have it cut out because the other user’s trying to watch Blown Away, or similar.

It also relies on Netflix (or other providers) not particularly enforcing their own rules. Account sharing is a breach of the terms and conditions of the service.

Netflix can’t exactly stop you telling your brother-in-law your account details. It appears that it is trialling blocking streams that don’t seem to come from familiar locations or IP addresses.

Multiple online reports show Netflix users having pop-up screens asking them to verify their accounts if they start streaming. You need to verify via either email or text message, with a not-too-subtle request that you also sign up for your own account at your own cost.

That’s a potentially effective pester platform to work from.

Your brother-in-law might laugh it off the first time it happens and share the confirmation code with you. Will he be as happy the fifth or twelfth time it happens?

There’s a solid argument to say that if too many people do share accounts, there won’t be enough income to provide for new programming as well. Although your view on the quality of a given streaming service’s content can of course vary.

As yet, the company hasn’t commented on the scheme, and it’s not clear at this stage whether it’s affecting Australian users. There’s an obvious commercial imperative for Netflix and other streaming providers to limit the quantity of account sharing that goes on. That’s also has to be balanced against limiting actual users who pay for the service not getting too annoyed at it when trying to watch content when they’re away from home too.