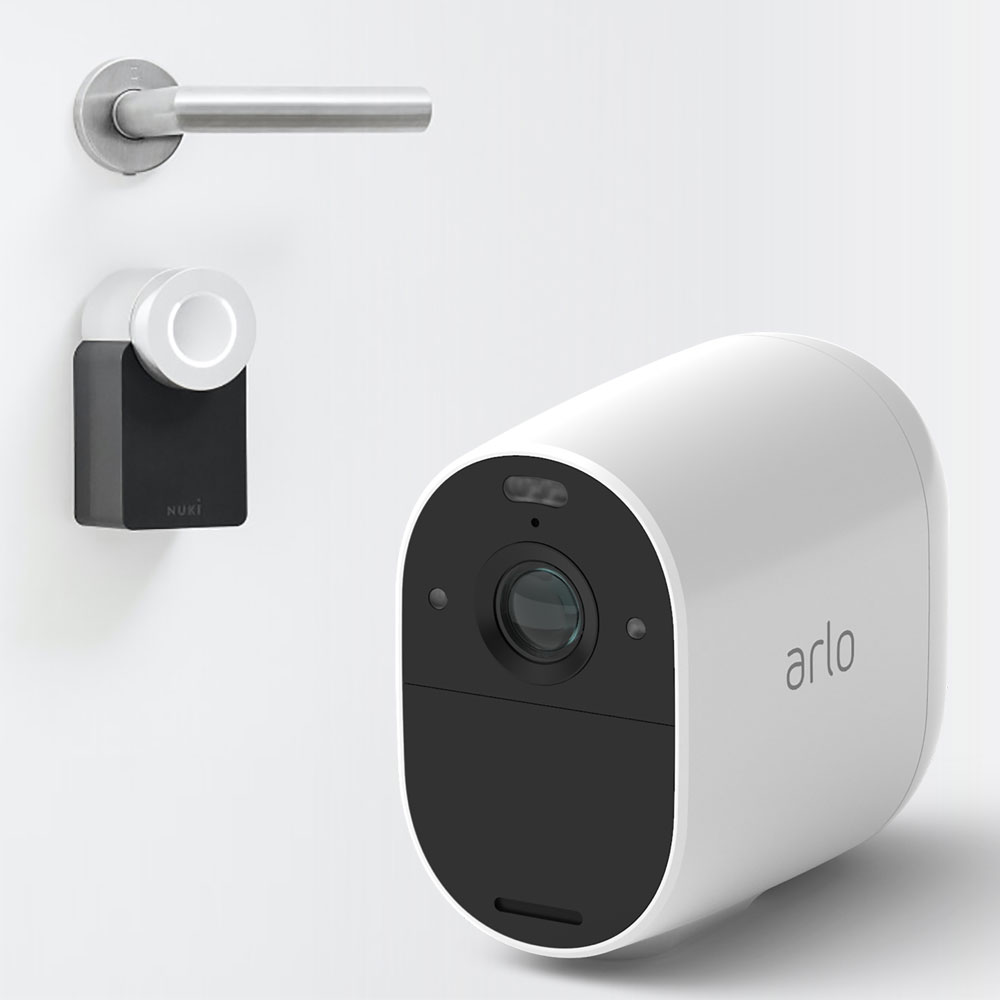 In recent years there’s been a glut of smart home devices with a strong focus on what amounts to self-managed security. Where once you might have paid an external firm for monitoring services – or just bought a large bitey dog – you can now use technology to tell you what’s happening in and around your home. But how well do these products work? I’ve been spending some time recently with a few smart home security products, including a Bluetooth-connected smart lock and mobile smart security camera.

Nuki’s Smart Lock isn’t in fact a lock in its own right. It’s a module that you install over your existing lock with your key placed inside. It then uses a motorised turner to flip the key around as required when you tell it to open or close a given door. Because it’s an add-on module, it’s a nicer option than some smart locks that require a full replacement of your actual lock. With landlord approval, you could pretty easily install the Nuki Smart Lock 2.0 on a rental property if you wanted and take it with you when you left that property later on.

The idea is that you install inside your home, so nobody knows it’s there, but then use a Bluetooth connected smartphone to actually unlock the door as you approach. Nuki also sells a Wi-Fi connection bridge, so you could then manage your lock and its status from anywhere on the planet, although of course the Bridge costs extra.

Installation of the Nuki Smart Lock is an interesting one; you’ve to measure up your lock and ensure it will fit, and then either side bolt it into place if it has a protrusion, or effectively “stick” it on if it’s a flatter lock type. One catch I discovered early on here was that if you don’t get good adhesion, the Nuki lock can pretty easily spin itself out of place through sheer motor force. Placement can also be tricky if you have locks and handles above each other too closely.

Once it’s installed securely, however, I was quite pleased with how well it typically worked. There’s a button at the back so if you’re inside you don’t even need a phone. A simple tap will get the key spinning and unlock the door. It’s also voice compatible with Amazon’s Alexa Assistant or Google Assistant, but you’ll have to invest in the Nuki Bridge if you want that kind of functionality. Likewise, you can integrate with a keypad if you want number pad entry, but that’s an added cost too.

Arlo has been around in the home security camera space for some time, but most of its products to date have relied on the idea of having multiple cameras connected to an Arlo Hub that hooks into your home internet connection. You can do that with the Arlo Essential Spotlight Camera, but it’s also designed to act as a standalone unit if you only wanted the single camera in place.

As the name suggests, it’s camera with an integrated spotlight that fires up if the camera detects movement after dark. Once it’s charged up and set up, a process that’s nicely simple through Arlo’s app for iOS or Android, you then have to choose where to place it. It’s rugged enough for outdoor use, although the further it sits from a decent Wi-Fi signal, the more power it’s going to use. One drawback with this model compared to other Arlo devices is that it uses a sealed battery, so when you want to recharge it, you’ve got to move the entire camera offline, unless you’re using in in a situation where you can keep constant power flowing to it.

Actual video pickup is really good, with nicely crisp 1080p images even in low light situations. You do need to be careful about placement however, because the spotlight is very bright, and a few of my family members did comment while I was testing that it was a tad blinding if it spotted them returning home late at night.

Arlo’s proposition isn’t just for hardware, however, and if you do want longer term storage of your footage, as well as advanced features such as object detection and advanced motion zone setting, you’ve got to pay extra for an Arlo Smart subscription package. You get a 3 month trial with the Arlo Essential Spotlight Camera, but after that plans start at $4.49/month.

Bear in mind with a camera like this that if your core interest is in making sure you get alerts on your property when you’re not there, you’ll also need a decent speed broadband service to send images to your phone or other device when you’re away.