Preparing for your high-tech road trip 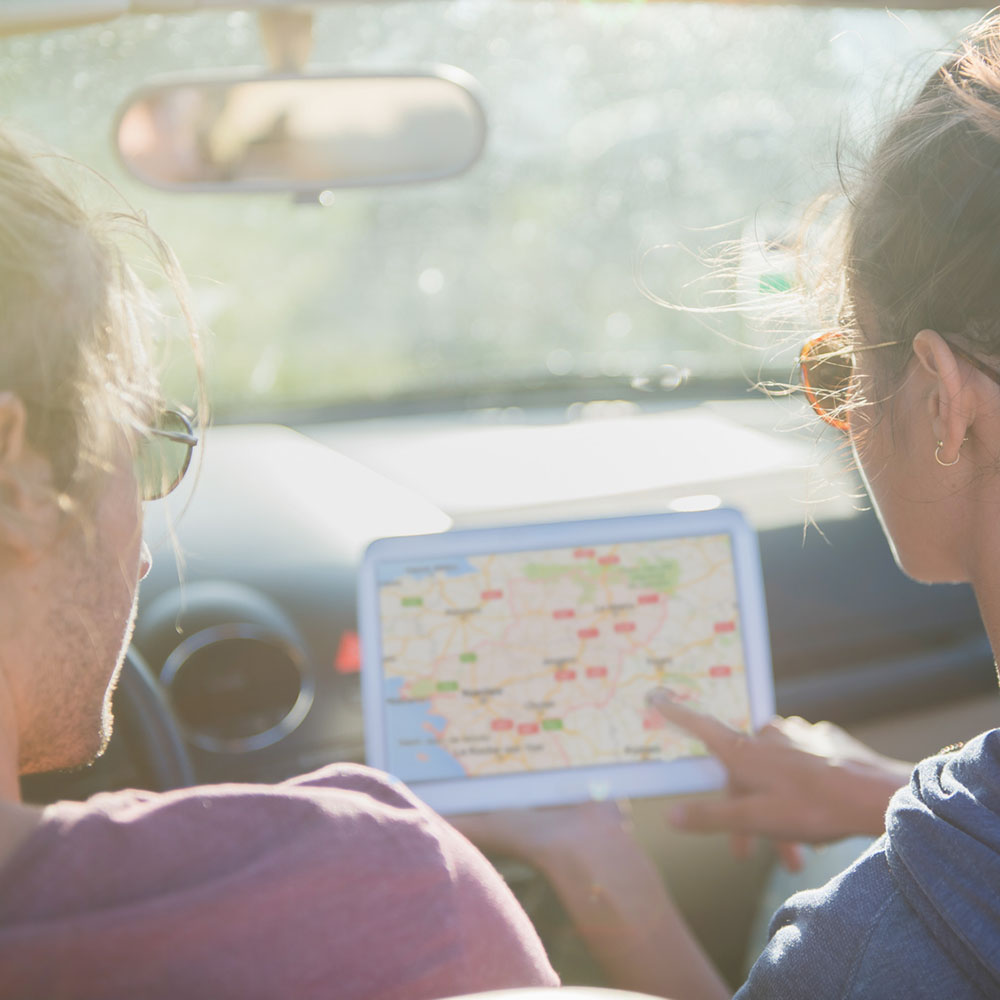 With school holidays just around the corner, it’s time to get your tech in order so you can keep the troops entertained in the back seat.

These days playing “I Spy” doesn’t cut it as in-car entertainment, instead your passengers are likely to bring along smartphones, tablets, music players, eBook readers and handheld game consoles to keep themselves entertained on a long drive. Of course they’ll look to you to ensure everything is running smoothly, so it pays to plan ahead.

If one tablet is playing music or a movie in the back to entertain several people, you might want to run an audio cable from the tablet’s headphone jack to the car stereo’s auxiliary input so everyone can hear through the car’s sound system.

Alternatively if the driver and co-pilot don’t want to listen to what’s happening in the back then it’s worth investing in a two or three-way splitter cable for the headphone jack on the tablet, so everyone in the back seat can hear clearly.

Along with sorting out your audio, you’ll also want to ensure that everyone in the back can see what’s on the tablet’s screen. Letting one person hold the tablet can end in tears, plus it’s a safety risk should the car stop suddenly.

You’ll find brackets for securely mounting a tablet to the back of the driver’s headrest, but it doesn’t seem fair to put the screen on one side of the car if everyone in the back is watching. Thankfully you’ll find tablet holders which clamp onto the headrest and feature arms which extend sideways to hold the tablet in the middle of the car, between the front seats, so everyone in the back seat has a good view of the screen.

Power is another major issue if you’ll be on the road all day. Most of us have a USB power adaptor which connects to the car’s cigarette lighter, especially if you tend to rely on sat-nav software to help you find your way around. Rather than everyone in the car fighting over that single precious USB port, it might be time to upgrade to a multi-port USB adaptor.

Early USB power adapters typically delivered 5 Volts and 1 Amp, but these days many power-hungry devices such as tablets and high-end smartphones demand 2 Amps.

When your smartphone is plugged into a 1-Amp charger you might notice that it’s very slow to charge, especially if you’re using satellite navigation and playing music while you drive. You’re also putting extra strain on the adaptor which could shorten its lifespan.

If you’re updating to a multi-port USB car charger it’s important to read the fine print to check how many Amps it allocates to each USB port. Two USB ports could take a long time to charge two smartphones simultaneously if each USB port only puts out 1 Amp.

Once you no longer need to worry about your devices running flat you might also consider running a Wi-Fi hotspot so your passengers can connect to the internet or play games against each other. You could run the hotspot from your smartphone or else invest in a standalone portable Wi-Fi hotspot.

Unfortunately some portable Wi-Fi hotspots don’t play nicely with multiplayer games. For example, if you’re running Minecraft on one tablet your other devices might not be able to see that tablet and join the game.

If you run into trouble with networking gaming try dipping into the Wi-Fi hotspot’s advanced settings to disable “AP Isolation” so devices on the network can talk to each other. If that doesn’t do the trick you might need to adjust the firewall and port forwarding settings. It’s not something you want to troubleshoot on the road, so it’s important to test it out at home before you make any promises to your back seat drivers regarding in-car gaming.