Tablet or Laptop — or does it really matter any more? 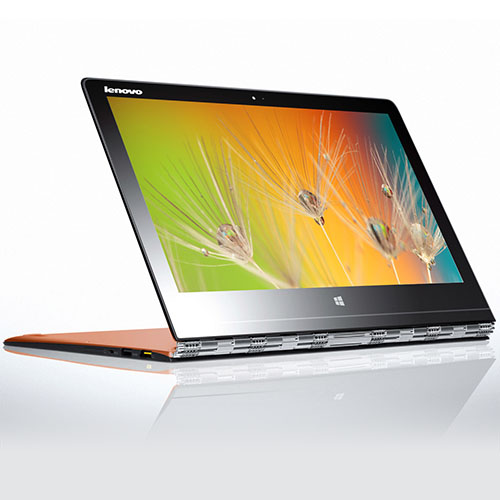 Tablet computing isn’t entirely new — Microsoft’s been offering touch-based versions of its Windows operating system for more than a decade now — but it’s only been in recent years that tablets have really emerged as mass market computing devices.

An interesting thing happened in the meantime, however, as tablets became significantly more content creation focused, while laptops became even more tablet-friendly and consumption focused. There’s now a healthy ecosystem of devices that are effectively hybrids, blurring the lines between a true “tablet” device and a “laptop” per se.

A good example of this are Lenovo’s recent announcements of updates to its Yoga Tablet lines. They’re either tablets… or laptops… but arguably they’re both. At the top of its new tablet chain lies the Yoga 3 Pro. It’s a competitor to Microsoft’s Surface Pro 3, and while it doesn’t have “Tablet” in the name, it’s a very tablet-esque device, with a full reversible hinge, 3200×1800 pixel 13.3″ display, Intel Core M processor and Windows 8.1. It’s priced like a premium laptop too, with prices starting at a wallet-busting $2,099. There’s no doubt that when using one your mind would be in laptop territory, but the flip-hinge and light carrying weight definitely points into tablet territory.

Lenovo’s other two new products are labelled explicitly as “Tablet” devices, being the Yoga Tablet 2 Pro and Yoga Tablet Pro, but they’re borrowing just as heavily from the notebook space along the way.

The Yoga Tablet 2 Pro comes with an integrated projector on the side, and while Lenovo’s not quite the first to throw a projector at a tablet, it’s the first “big” brand to make significant strides that way. Admittedly, you could use the projector as a pure entertainment medium — and it does come with integrated speakers and subwoofer if that’s the way you want to use it — but when you combine any kind of tablet-based productivity tool (such as editing spreadsheets, presentations of slides and so on) with a projector, you’re looking at a more serious tool for business purposes. The Yoga Tablet 2 Pro will be priced starting at $799.

At the budget end of the scale, the straight Yoga Tablet 2 range come in 8 inch and 10 inch varieties, although the 10 inch model is, as per Lenovo’s web site, the only one we’ll see in Australia. In those sizes you’d probably be thinking that they’re Android consumption devices. They are available as Android devices, but also in Windows variants if you’ve got a productivity frame of mind. One interesting oddity here is the inclusion of a hinge with a hole in it. The rotating hinge has been a selling point for the Yoga range since Lenovo launched it last year, but the hole is designed to allow it to hang from a wall, flat panel TV style. The straight Android version of the Yoga Tablet 2 will cost from $399, while its Windows equivalent is priced starting at $579, although in the case of the Windows model it ships with a keyboard as standard.