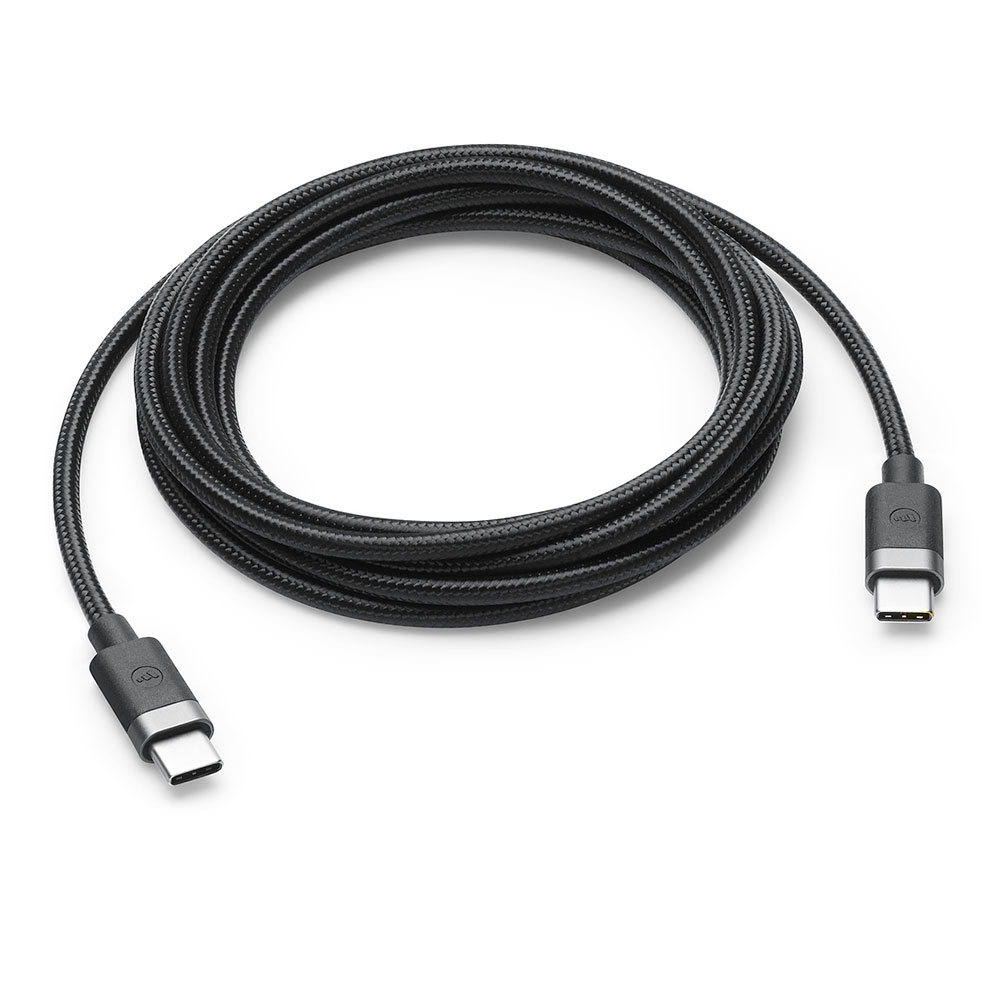 One of the key issues for technology is power, and as we’ve shifted to more portable gadgets – from mobile phones and tablets to laptops replacing desktops – keeping them charged has become a more complex affair. Your phone might have one charging plug, your tablet another, and your laptop one more again, leading to a complex nightmare of cables to keep an eye on. Cables naturally love to tangle with each other, get lost behind desks or simply forgotten when you’ve got to go out. Depending on the age of the batteries in your devices, that could lead to a device that’s going to run out of power right when you need it.

If only there was a single charger that could do everything, right?

Well, there is… sort of. For some years now there’s been a shift towards using the USB C standard for power and data.

USB (Universal Serial Bus) has been around for years now, but if you’ve got an older device that uses it, the chances are that it uses the trapezoidal style micro-USB plug. USB C is a slightly newer standard, and it’s very easy to work out if the plug you’re holding or using is a USB C type plug. If it has rounded sides and doesn’t have a ‘wrong’ way to plug it in, it’s USB C.

However, over time we’ve seen a few revisions of USB C over the years that change up the power and data capabilities of the plug type. Some devices can only shift data at lower speeds, and likewise charge a little slower too.

This is where USB Power Delivery comes into play. While many of the first USB C devices were smaller gadgets such as phones, where the expected power input wasn’t terribly high, it becomes more complex if you want to safely and quickly charge larger gadgets. The USB Power Delivery (USB-C PD) standard allows for a single charger to give a verified power rating of up to 100W, depending on the device need.

The smart thing here is that if you’re using a USB-C PD capable device and a USB-C PD charger, the two devices can talk to each other, negotiate a charging rate and then deliver that power as fast as your device can take it. So you can take, for example, a charger for a MacBook Pro that needs a high wattage, and charge a Samsung Note 10 that needs (and can only take) a much lower wattage without impacting safety or even charging speed. Both sides of the charger and device equation communicate their abilities and needs, and charging can happen in an optimal way.

USB-C PD isn’t the answer to every single charging problem, mind you. If your needs are for higher power, as you get with some heavier duty graphics laptops and gaming laptops, USB-C PD can’t quite meet the charging needs you’re likely to have to run a top-shelf PC and graphics card solution. If you’re using a USB-C PD battery pack or charger with an older device that just happens to have a USB-C connector but doesn’t itself use the standard, you’ll drop down to a much slower – but still safe – charging rate, which means it’ll take longer to charge your gadget even though the charger would technically be capable of faster rates. It can also be a touch hit-and-miss with some of the third-party fast charging systems used by some mobiles, although again the standard essentially calls for a dialling down of charging rates if all devices can’t properly communicate the safest charging rates.