Where does the future of laptops lie? 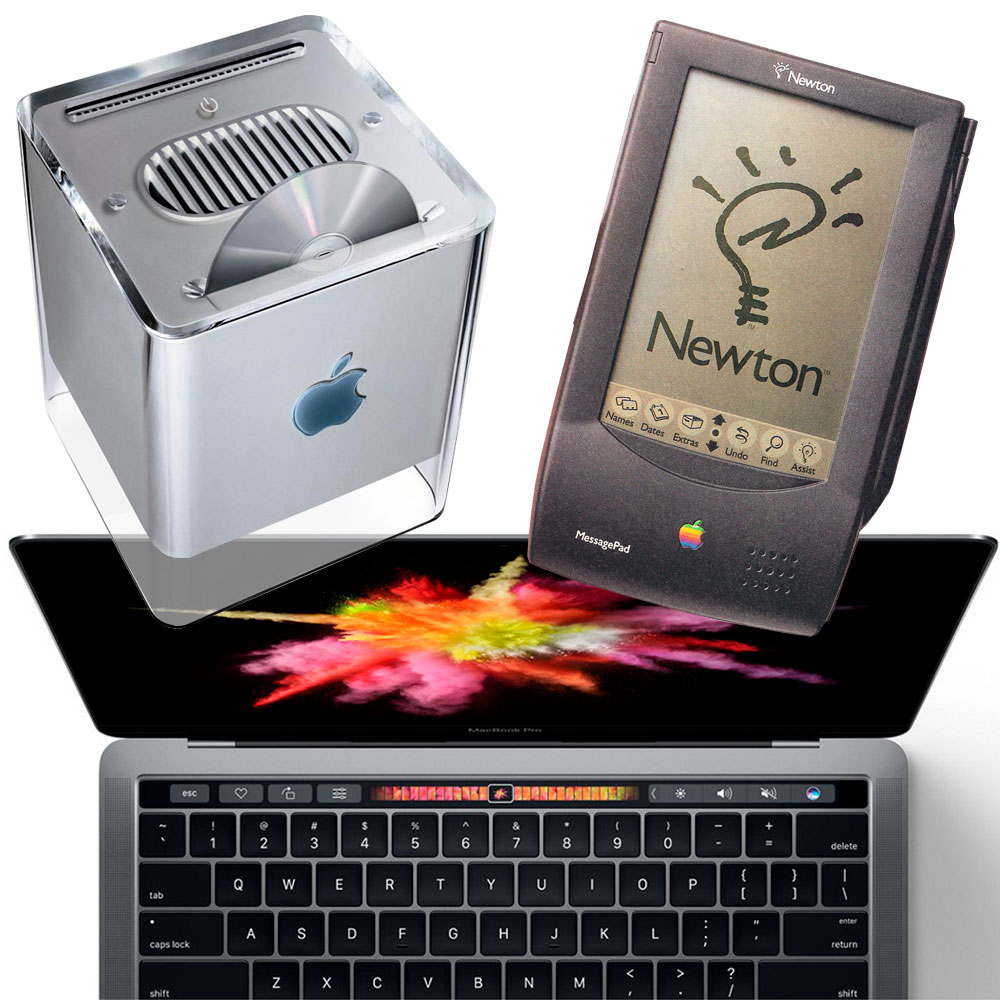 Predicting the next big thing in technology is extremely risky business. It’s a field littered with failure, with pretty much every notable name that’s succeeded having its own share of also-rans, mystery products and outright failures along the way.

Apple’s a good example of a company that’s taken a few odd diversionary paths along the way to its current market success. The product that almost everyone points to in this regard is the Apple Newton, famously mocked on The Simpsons for its extremely dodgy handwriting recognition. The Newton was a product before its time, a concept far better realised just a few years later by Palm. Palm itself is no longer around, having failed to adjust for the smartphone world before being gobbled up, first by HP and now by LG. It’s no longer a brand, however, just a collection of intellectual property that LG largely uses to run its high-end smart TV platform. If you’d made that prediction to a happy PalmPilot owner in the late 90s, however, they would have looked at you as though you had two heads. Maybe even more, in fact.

The Newton was hardly Apple’s only odd little misstep along the way, sometimes guided by ideas that were before their time, and sometimes guided by design for design’s sake. There was the G4 Cube, a computer that was (you guessed it) cube shaped. It looked great, but nobody could quite explain who it was for, or why you’d spend serious money on one, so almost nobody did.

It’s with that in mind that I’ve recently been testing out Apple’s latest interesting twist on both technology and design, the 2016 MacBook Pro. In some respects it’s just another MacBook Pro; take one high resolution display, throw in storage, an Intel Core processor and a bunch of memory and layer macOS Sierra on top, and hey presto, you’ve got a MacBook Pro.

Where it stands out are in two rather specific design choices that Apple’s made for it. Firstly, it’s dropped the use of standard USB A type ports, or an SD card reader, or even Apple’s own magsafe power connector in favour of either 2 or 4 USB C ports only. They can be used for data, video or power, and it will charge from any port. USB C isn’t unique, with plenty of PCs and more than a few phones adopting it. Apple’s own iPhone 7 line isn’t one of them which means that curiously, out of the box this is a MacBook you can’t plug an iPhone into without an adaptor. The same is true for most USB Flash Drives, printers or external displays. Apple’s contention is that it’s a forward looking machine, and maybe that’s true, but it’s a system that most users, unless they’re already working in a primarily wireless way, will have to factor in buying a mess of adaptors to actually use.

Then there’s the Touch Bar, an LED strip that replaces the full function key row with a dynamically changing set of touch icons that display relative to the application that you’re currently using. So in a web browser you’ll see icons for your tabs, while in a word processor predictive text will appear. That same space might display colour brushes in an image editing app, and so on and so forth. It’s an interesting idea with a fair amount of potential, but at the same time a few pitfalls. If you touch type, or tend to work not looking at the keyboard much its utility isn’t great, because its changing nature means you can’t predict what’s on the Touch Bar at any given time. You have to look, every single time. Apple’s positioning on this is that touch is now ingrained in computing, whether it’s iPhones, iPads or the new MacBook Pro, but that touch belongs down on the keyboard, not on the screen.

That’s quite a different interpretation for touch than that taken by Microsoft. It’s been at pains to make Windows 10 as touch-friendly as possible, and while that too has had its teething pains, with many “touch suitable” apps that really don’t work that well along the way, its view is much more that touch is something done onscreen and supported there rather than on the keyboard level.

Who’s right in this space? I’m not sure I can call it right now. Apple’s stance on the MacBook Pro is an interesting one, and it’s certainly a delightfully designed unit. Then again, so was the G4 Cube, and those never really took off. For the professional crowd that has loved MacBook Pro models for years now, it’s a significant shift, and a bit of a bet on Apple’s part that the pro crowd will follow along.