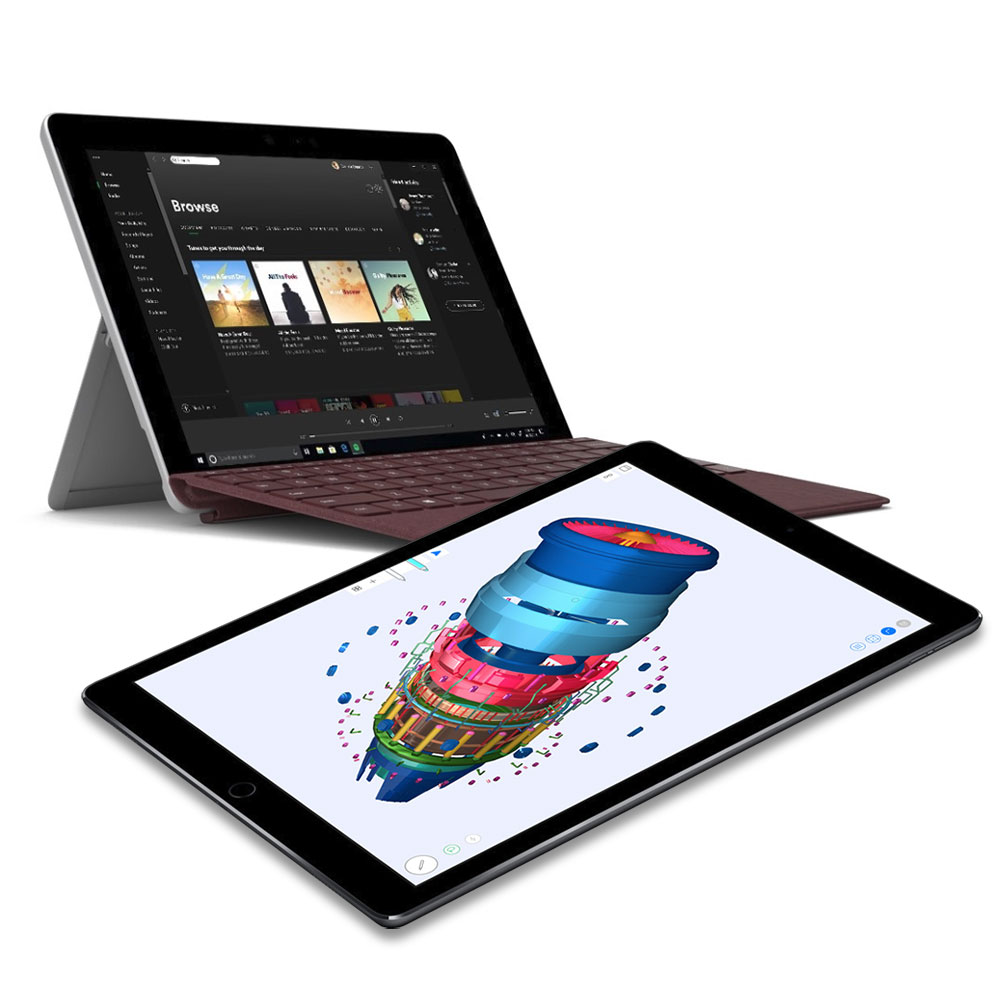 If you ask Apple, the productivity tablet that you should buy would be its iPad Pro line.

Ask Microsoft the same question, and it would point to its Surface Go tablets, its more “affordable” version of its existing Surface, Surface Book and Surface Laptop devices.

Fully kitted out, either an iPad Pro 9.7 or Surface Go will cost around the same amount, so who’s right in this case?

Having tested out the Surface Go recently, and with considerable iPad Pro experience under my belt, I can confidently state that… it depends.

Now, if you just want a tablet to watch Netflix, browse the web and check in with social media, then Apple’s more entry-level iPad is an easy recommendation, because it’s surprisingly powerful for its price range, well built and has an excellent ecosystem of apps purpose built with touch input in mind. You can score cheap Android or Windows tablets at around the same price point, but I’m yet to hit one as well built, or for that matter with as much battery stamina.

In the productivity space, however, the iPad Pro vs Surface Go argument is a more complex one than you might think.

Apple’s tightly controlled iPad Pro has a much better grasp of working as a touch-enabled system, thanks to the fact that iOS was built from the ground up for touch. As such, the onscreen keyboard always comes up when you need it, icons are large and easy to touch, and for the most part, everything scales to a touch-friendly level. The Surface Go, running on Windows 10 can work with touch, but because it’s an operating system that was built with mouse and keyboard in mind, rather than touch.

That does mean that if you don’t want (or need) the extra expense of an external keyboard, the iPad Pro is undeniably a better bet. I’m still somewhat surprised that neither Apple or Microsoft absorbs the cost of the external keyboard with either device, because having a physical typing interface — even if you’re not a touch typist — makes a big difference to most people’s productivity.

Where the Surface Go scores over the iPad Pro is in the flexibility for proper multi-tasking and file access you get. It’s a full Windows 10 PC, which means you can run multiple apps in their own windows. The simple processor in the Surface Go means you can’t really push it hard for work like video editing or 3D modelling or the like, but it’s a long way ahead of the way that the iPad Pro sort-of manages a couple of apps at once. Likewise, you get full Windows Explorer for access to files locally, on your network and in the cloud, where Apple’s own Files app only offers a partial version of the same flexibility.

Ultimately, though, from a productivity perspective it has to come down to the applications you actually want and need. Microsoft produces Office for Windows (and has done for decades) but it’s also available and quite capable for the iPad Pro. You’ve got a wider choice of browsers and extensions on the Surface Go, but you’ve then also got the issues around running proper anti-virus software on it. The iPad Pro has, to date, remained essentially virus free.

That’s leaving aside, of course, any particular brand loyalty or philosophical objections you might have to either Microsoft or Apple. For my purposes, I like both company’s approaches equally, but then I also don’t feel as though they should be immune to criticism either.

It has been rumoured that Apple is going to announce new iPad Pro models as part of its launch even now confirmed for the 12th of September, so if you are keen, it’s certainly going to be worthwhile holding off until at least then before buying. The Surface Go, on the other hand, is just freshly launched, so it’s a safe purchase option now if you’re keen.